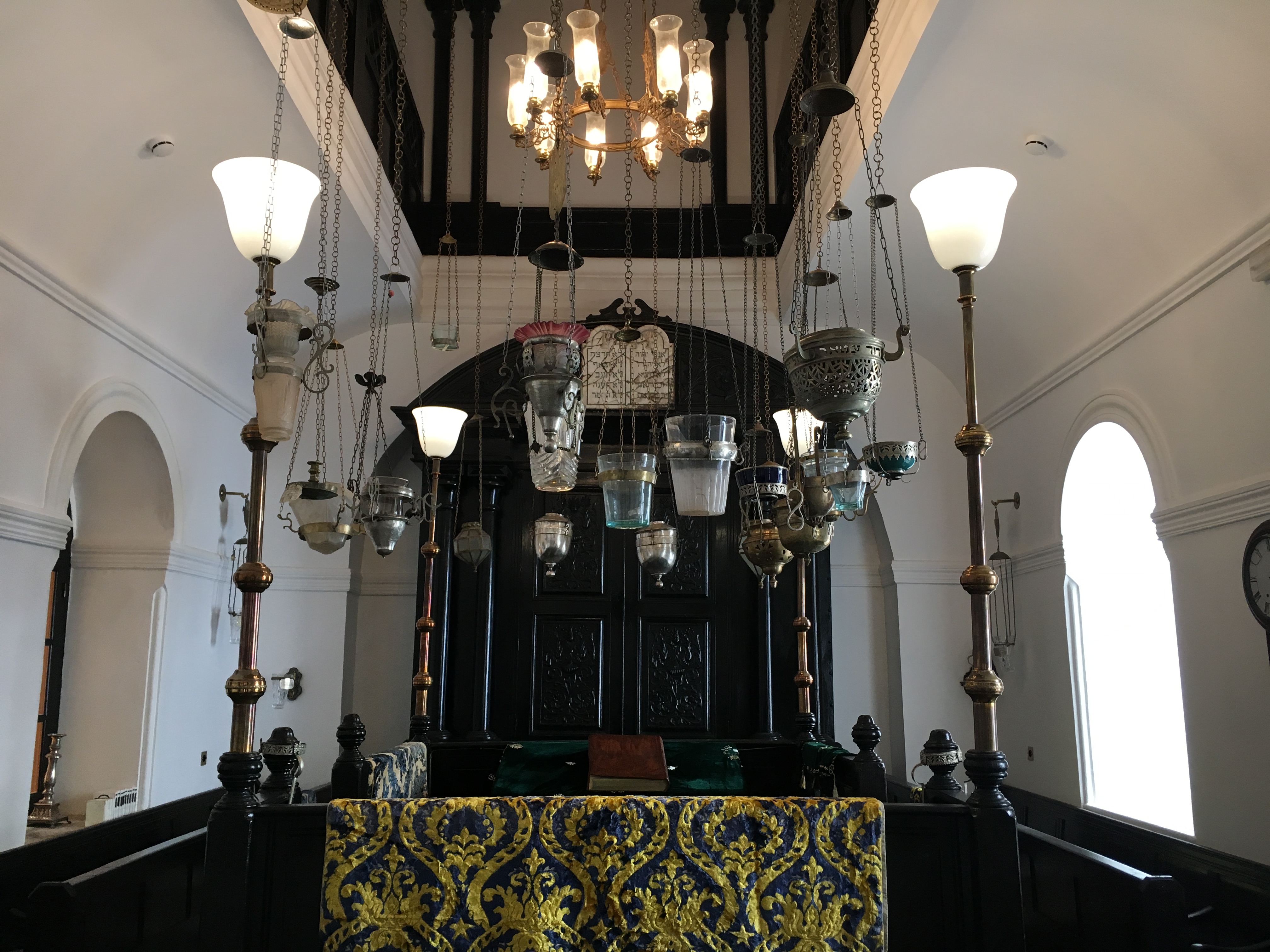 From the creation of the city of Essaouira, a Jewish community was present. Around 1950, the city hosted 20,000 Jews and counted 47 synagogues. Simon Attias Synagogue is one of the remaining Jewish sites in Essaouira.

Essaouira is not a victim of amnesia. The city remembers the time when its Jewish inhabitants made its reputation.

The first became one of the writers of the American Constitution. And the second was the British Minister of Defense during the Second World War.

The remembrance was the motivation for creating Bayt Dakira within Simon Attias Synagogue.

From Attias Synagogue To Bayt Dakira

Where And When To Visi

Simon Attias was a famous Jewish merchant of the city of Essaouira.

In 1892, while traveling in sub-Saharan Africa, he died under unknown circumstances. His body was buried in London afterward.

His wife, Nima Attias, built this synagogue at the end of the 19th century. She baptized the temple in the name of her husband. AlthoughSimon Attias Synagogue is also called Slat AlFassiyine.

The Hekhal of Simon Attia synagogue came from Manchester. At that time, commercial exchanges between Essaouira and England were very intense.

This synagogue was built on a surface of 500m² and had a central patio of 40m². Shops composed the ground floor. It also included the home of the wife of Simon Attias.

The third floor contained the offices of the Jewish court. This court processed business and personal matters relating to the Moroccan Hebrew community. 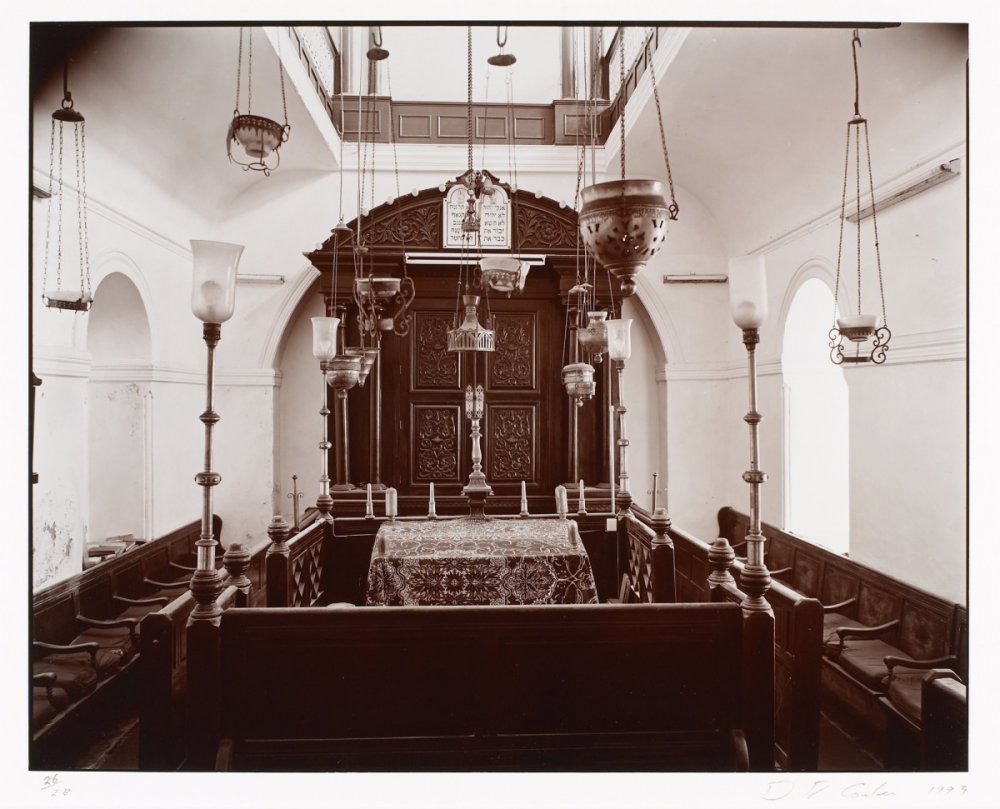 Historically, the Simon Attia synagogue was very active in Essaouira. And probably one of the most beautiful in the city. It also represented the vestiges of Jewish worship in Essaouira.

However, after the waves of emigration of the Jews of Essaouira, the synagogue became alarming. Only the prayer room escaped ruin. And the city needed a plan to preserve its memory.

From Attias Synagogue To Bayt Dakira 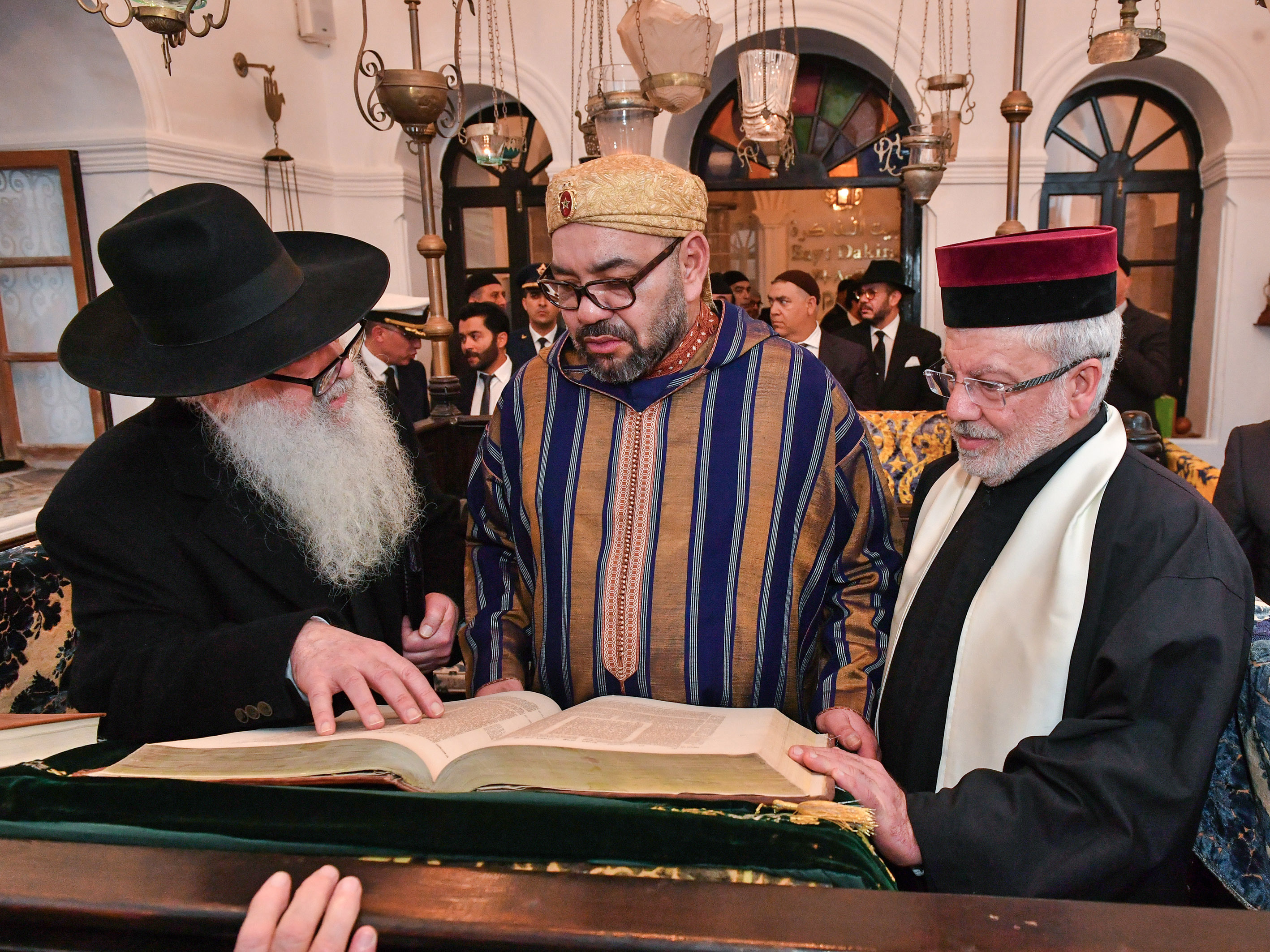 This beautiful building takes visitors through all the passages of Jewish life in Essaouira.

From birth to death and from the Bar Mitzvah to marriage, you will see all the life aspects of the Jewish community of Essaouira.

Bayt Dakira in Arabic means the memory house. Bayt Dakira is a new museum and a research center for the memory of the Jews of Essaouira. In January 2020, the king of Morocco inaugurated this renewed establishment.

Bayt Dakira is unique in the south of the Mediterranean and the Land of Islam. The House of Memory attests to the Judeo-Muslim past of Essaouira and the exceptional relations between the city inhabitants.

The architecture of the building is stunning. On the 1st floor of Bayt Dakira, you can find the Haim Zafrani research center. The center focuses its work on the relationship between Islam and Judaism.

The 2nd floor is a conference room where experts and researchers study and discuss inter-religious ties.

The rest of the building are exhibition rooms. You can discover and consult old archives, photos, texts, and books. You can also see old Moroccan Jewish objects such as ceremonial outfits.