The French and the British knew Thami El Glaoui as Lord of the Atlas. From 1912 to 1956, he was the Pasha of Marrakesh and the most powerful man in Morocco. If you have visited Marrakesh for one single time, you may have heard of Majorelle Gardens.

Jack Majorelle was a famous painter and had strong friendship ties with the Pasha. El Glaoui provided the artist with a permanent residence in one of his palaces. Moreover, the Pasha placed "bodyguards'' with the artist on his trips outside of Marrakech.

Majorelle painted the Pasha's Portrait in 1918. The Moroccan Company for Artistic Works offered the portrait at a price range between 180.000€ and 200.000€. 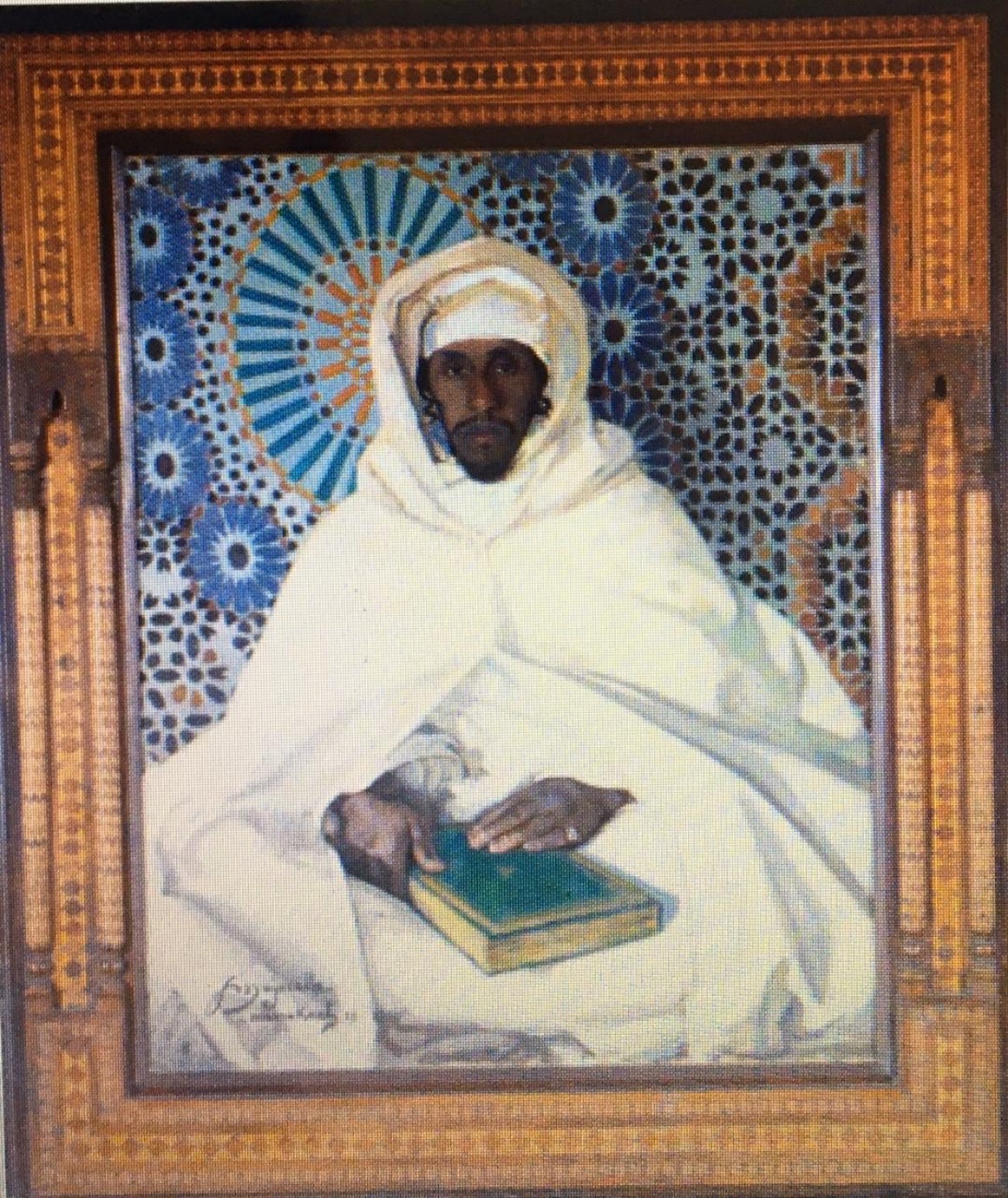 Portrait of El Glaoui made by Majorelle in 1918

More affluent than the Sultan

To give you a quick idea of the political and social importance of the Pasha's wealth, I will provide you with some numbers.

In 1958, the government seized Pasha's properties. The total land ownership registered in one province was 11,400 irrigated hectares.

The Pasha's land was the largest real estate concentration in Morocco. It significantly exceeded the Sultan's properties during that time.

For 44 years, the Pasha ruled directly or through his sons more than one million people.

When he died in 1956, the Pasha left in his palace, about 100 women between servants, maids, and widows.

The personality of Thami El Glaoui was controversial. It was a mashup of authority and usurpation of wealth. But also, the protector who respected his promises. And the one who defended his people and allies with enthusiasm and strength.

In 1878, Thami El Glaoui was born in a small village in the southeast of Morocco. He was the sixth child in a family of seven. They were all from one mother, with black skin.

Seven years after his birth, his father died. His older brother supported him after.

At the beginning of his youth, he became passionate about tribal and business affairs.

When he was 30 years old, the Sultan appointed him to the position of Pasha of Marrakesh. His collaboration with the French and his closeness to the Sultan made him wealthier than the king himself.

Foreign newspapers and Moroccans described the Pasha of Marrakech as the Lord of the Atlas. Though, the man had a controversial personality.

He was a very generous man and offered precious gifts to his guests. The Pasha rushed to host and honor his visitors. When he joined his guests, he listened to them carefully and humbly.

The friends of Pasha of Marrakesh were from inside and outside Morocco. As an example, he attended the marriage ceremonies of Elizabeth II. And he had close ties to Prime Minister Winston Churchill. The British Minister visited the Pasha many times in Marrakech. 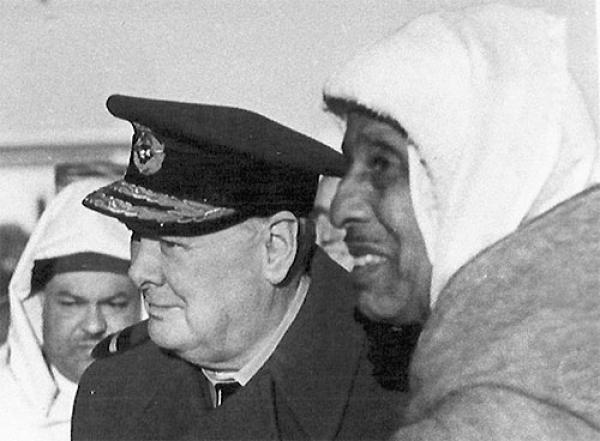 There is also an exciting and confusing aspect of this man's personality; He was aware of the importance of social progress.

He was considering education as the central pillar. That is why he took his children into modern academies. As a result, one of his sons became his advisor and was the first one to enter golf to Morocco.

But, the Pasha followed the opinions of his conservative environment. He opposed the renewal ideas advocated by the youth. The Pasha even denied that the King let his daughters go to modern schoolhouses, and worse, wearing European clothes. 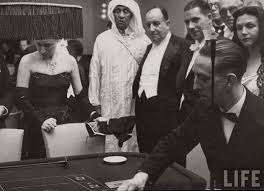 El Glaoui in a casino

Yet, Moroccans remembered the Pasha as a traitor. He plotted with the French to isolate the legitimate sultan and exile him abroad.

The Harem Of The Pasha: More Than 100 Women

The number of women in the Pasha Palace was huge, And women fulfilled all the tasks within the castle.

There were women charged with Pasha clothes. They put his clothes and underwear on dolls. And next, they sprayed them with orange flower water, amber, musk, sandal, and other types of perfume.

We did not know the exact number of women who were taking care of the underwear of the pasha. But we know that the palace had thirty women cooks. There were also many doorwomen, gardeners, and laundry women workers.

The Lord brought musicians’ women from many countries such as Turkey. They played and taught women to play in the palace.

But what if the house required jobs that only men could achieve? Doorwomen locked up all the women in a particular part of the palace until the men finished their work.

Here is something extreme: the pasha did not allow his sons to stay in the palace. As soon as they grew up, the Pasha ordered to separate them from their mothers. He aimed to avoid any suspicious contact between any male and the women in his house.

The Last Days Of The Pasha

The quarrel between the Pasha and the young Sultan dates back to December 1950. When presenting allegiance, The Pasha refused to bend to the Sultan. That day the Pasha disrespected the Sultan.

In 1953, the dispute between the two men aggravated. The Pasha helped the French to exile the Sultan abroad. And the rupture prolonged until the King returned from his exile to France in 1955.

Thami El Glaoui traveled to France to seek forgiveness and pardon from the Sultan. The Pasha kissed the land under the King's feet to forgive him.

The French press was unmerciful. It described the images of the Pasha lying on the ground as an insult to the strong man of Marrakesh.

The Pasha felt meanness and humiliation he had never experienced before. Yet, he replied to his French friends that the Catholics were kissing the footwear of the Pope.

Impact Of The Encounter

This meeting and how the Sultan treated El Glaoui had a significant impact on the Pasha's health. At least, on his mental.

El Glaoui was the strong man who ruled Morocco from Marrakesh.

When King Mohamed V returned to his throne, the Pasha stopped caring about everything in life. Silent and anxious, he was feeding on some hot milk and spending his time in his apartment. He was exiled in his land.

A cancerous tumor has developed in his body for two years without treatment or tests.

Doctors were only interested in preserving him until he balanced his accounts. They asked high wages but not reported the health situation. Neither to the Pasha nor his family.

Only the business associates of El Glaoui discussed his health situation. He was like an original horse with its owners.

Finally, French Doctors performed a severe surgery at the Gueliz Hospital in Marrakech.

The cancerous tumor had spread to essential organs. And, it had not been possible to eradicate it. The doctors announced that the operation had failed. Exhausted, the Pasha went to his house.

Days later, the Pasha received from the Palace the Medal of the Grand Carrier of the Legion of Honor. He wrote a long adieu message to the Sultan declaring that he was putting his family in his hand.