Koutoubia Mosque In Marrakech 900 Years Of Tarawih Stopped By Corona 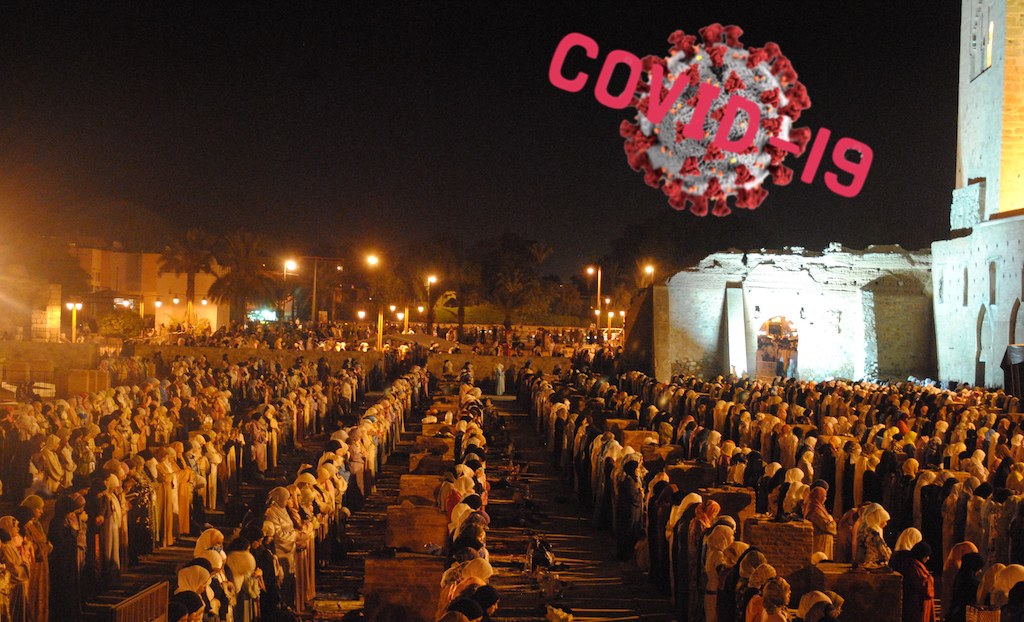 In the center of Marrakech, you can hear the call to prayer from the minaret of the Koutoubia mosque. But during this Ramadan, there is no response to the appeal.

The Koutoubia is one of the country's oldest and largest mosques. It was a destination for the residents of Marrakesh to perform Tarawih prayers in the blessed month of Ramadan.

You could see a daily scene. The crowded courtyards of worshipers praying, and hundreds of foreign tourists lining up on the sides of the mosque's courtyards contemplating. Tarawih's atmosphere is unique.

But the Coronavirus sweeps the country and suspends prayer in mosques. The Corona epidemic prevented the repeat of the same scene this year.

In early March, authorities decided to close mosques as an unprecedented measure to limit the spread of the epidemic.

On March 20, the authorities' announced a one-month health emergency. Also, the government imposed movement restrictions in the country to keep the Coronavirus under control.

Later, on April 20, authorities extended the procedures for an extra month. So the state of emergency extends, at least, to the end of the blessed month of Ramadan.

Furthermore, the Ministry of Interior announced the imposition of a daily night curfew. From the beginning of Ramadan, you can't leave home from seven in the evening until five in the morning.

In the center of Marrakesh, the Koutoubia Mosque was built in 1146 by the Almohad caliph Abd al-Mumin bin Ali.

The Koutoubia Mosque was a prominent religious and political standing. It was the starting point for armies heading to Andalusia. And also the place of allegiance to the Moroccan sultans.

Since its foundation, generations of Marrakech people prayed in this mosque. Prayers in the Koutoubia Mosque never stopped, even during French protectorate in the country (1912-1956).

No historians have reported that the Tarawih prayers were interrupted. But now, the authorities decided to close the country's mosques to stop the spread of Corona.

During Ramadan, the Koutoubia becomes the first destination for the people of Marrakech. They pilgrimaged to the mosque in thousands to perform Tarawih prayers.

Here you can apprehend vibrant voices and contemplate squares filled with worshipers. Hundreds of foreign tourists line up to watch thousands of worshipers kneeling. But the exceptional Ramadan atmosphere is missing this year.

The atmosphere of Tarawih in the Koutoubia mosque was a major touristic attraction. Tourists were arriving at the time of the prayer to live this spiritual experience.

The spiritual atmosphere pushed many tourists to convert to Islam.

Each month, the Koutoubia Mosque witnesses the conversion of between 20 to 25 individuals. The majority of whom are from Western countries.