The Guide To Visit The Kasbah Mosque 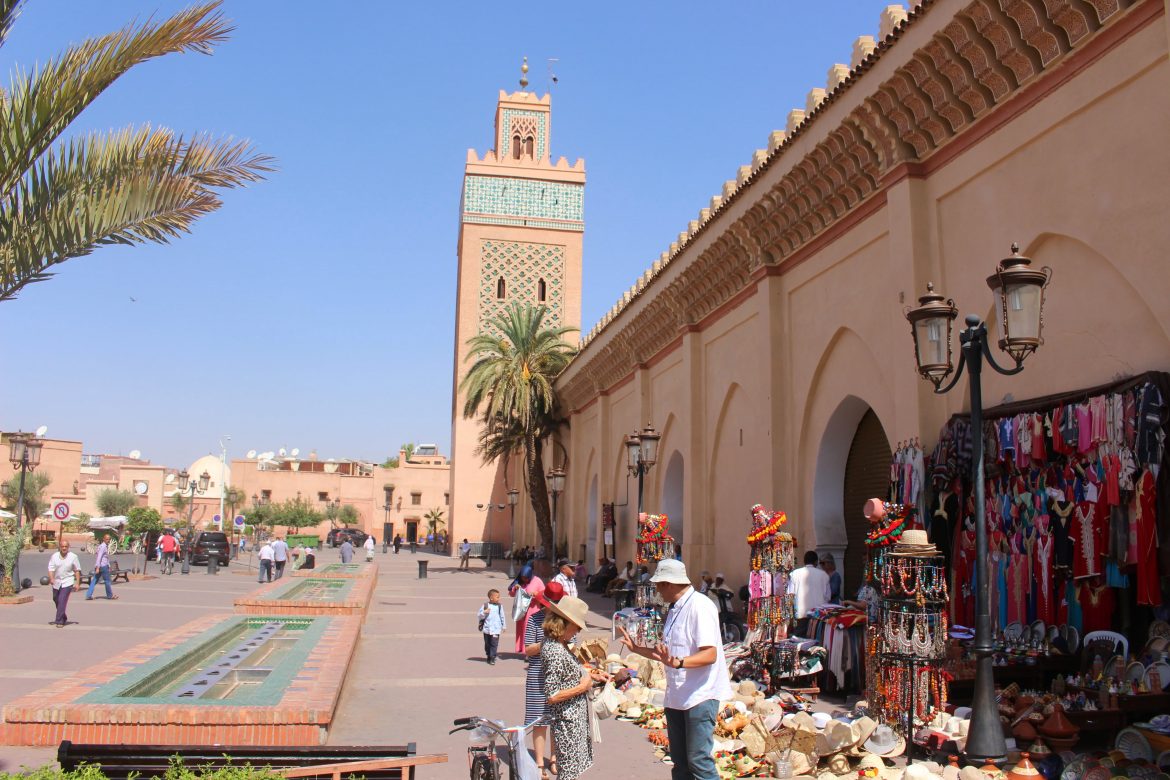 A splendid mosque, set in the stimulating square of the Kasbah of Marrakech. The minaret and the palm trees around make it an iconic spot.

Moulay Yazid Mosque is a historical mosque located in the city of Marrakech.

The Almohad caliph Yaqoub al Mansur ordered the construction of the mosque in 1185.

Many monarchs renovated the mosque throughout its long history.

The mosque entered to the UNESCO World Heritage List in 1985, as part of the city of Marrakesh.

This mosque has several names: The Kasbah Mosque, The Great Mosque, and Mansour Mosque.

But the people of Marrakesh prefer the name of Moulay Al Yazid.

You can find this mosque in the popular Kasbah neighborhood, in the Medina of Marrakesh.

It is next to one of the most important historical monuments in the city; the Saadians tombs.

The Koutoubia Mosque and the current royal palace are not far from the Kasbah Mosque.

To access the mosque's square, you have two options.

The first is thought the old and beautiful gate of Bab Agnow, one of the prestigious gates of Marrakech.

The second is by the new entrance opened trough the Arset El-Maach.

The History of Kasbah Mosque: The Good Omen

The construction of the mosque started in the year 1195. The Moroccan were sailing to Andalusia to fight the Spanish in the famous Battle of Alarcos.

When they returned back, they found laborers were constructing a prominent mosque.

For sure, Moroccan were happy for their victory. And this victory gave a strong push to complete the construction works of the Al Mansour Mosque.

During five years, craftsmen and artisans were building and decorating the mosque.

Al Mansour spent the spoils of the famous battle on its construction.

This was a period of extreme development during the reign of the Almohad state.

And this mosque is a notable memorial of the brightest period in the history of the Almohad state.

The Architecture Of the Mosque Irritated Rivals

The high ceiling of this mosque makes its interior feels very reassuring.

The Kasbah Mosque has an area of ​​about 6500 square meters. And it is slightly larger than the Koutoubia Mosque.

This mosque's courtyard is more spacious than the hall of prayer.

The actual Kasbah mosque has four public gates. While historians stated that the mosque had seven gates and an entrance reserved to the King.

The facade of the mosque is decorated with elegance. It is immense and has many terraces on it.

The minaret is in the northwestern corner of the mosque. It has a base of 9 meters square.

The minaret has beautifully decorated shapes. The frieze in porcelain and Moroccan Zellige, on the top, shines at sunlight.

The beauty of the mosque irritated some of the Christian prisoners in the city. They plotted an evil plan to the mosque and the sultan.

In the year 1573, some prisoners dug a hidden and large whole under the mosque.

And they filled this whole with gunpowder below the mosque.

At the time of the prayer, they placed a filament in which fire would flow to cause the mosque to drop.

The explosion destroyed the ample dome, and you can still see its trace today.