What crosses your mind when you hear the word "Tagine"? Is it the flavorful smoke that emerges and reaches your noise? Or is it the beautiful design and colors of its ingredients? But for sure, this is a plate that brings happiness to every food lover. What is a Tagine?

What Is The Origin Of The Moroccan Tagine Dish?

The Dish That Reached The Outer Space

How To Prepare Tagine In Easy Steps?

What is a Tagine?

You will need a clay pot to prepare a tagine dish. Clay helps to preserve the taste of the meat or chicken and the vegetables placed inside the Tagine.

The tagine pot is known for its hardness and extreme heat tolerance. The beautiful design of the tagine pot makes it an elegant serving dish.

The Tagine has a cover in the shape of a conical dome. During the cooking, the top of the Tagine pushes the evaporating water to the bottom.

The Tagine is cooked on a low heat and for several hours. In the end, the meat separates from the bone. And all the ingredients excrete a delicious and juicy sauce.

What Is The Origin Of The Moroccan Tagine Dish?

Historians said that the Tagine go back to the Berber civilization in North Africa. The Tagine is present in the cuisine of Morocco, Tunisia, Algeria, and Egypt. 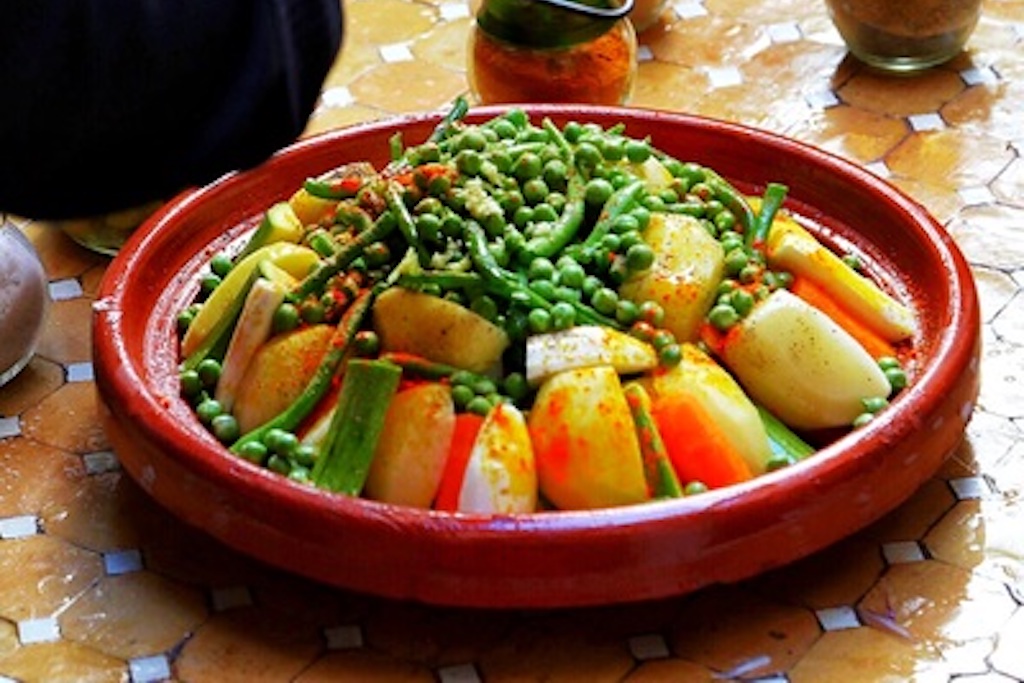 Other sources show that the Arab Bedouins invented the Tagine. The proof is that "One Thousand and One Nights " tales in the ninth century mentioned the Tagine.

There is also another theory: the Romans invented the Tagine. Historians reported that Roman soldiers carried mobile ovens similar to Tagines. They used these ovens to cook meat and vegetables in them during their travels.

Nowadays, the Tagine is present in the finest restaurants around the world.

The Dish That Reached The Outer Space

The Tagine is very delicious and has considerable health benefits. Also, the clay pot can resist extreme conditions and temperatures. The Tagine can survive an alien environment.

Today, the traditional Moroccan Tagine can help the modern world to develop. NASA included the Moroccan tagine dish on the top of its Mars dishes list. NASA aims to provide its astronauts to Mars with the Moroccan dish.

How To Prepare Tagine In Easy Steps?

The tagine has many types, and the method of preparing it differs from one country to another. While some prefer it with beef cuts, others like to eat it with chicken.

Here, I will present to you how to prepare meat Tagine with quince in easy steps. 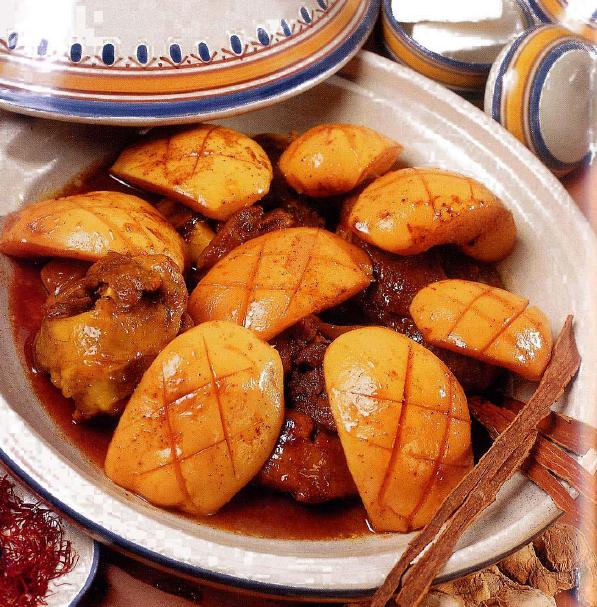 Ingredients For The Spice Mixture:

Steps To Prepare The Tagine

2- Add half a cup of water and mix well.

3- Put 4 teaspoons of green coriander on the mixture.

4- Put the meat slices on top of the spice and swirl it.

5- After marinating the meat with the mixture of spices, leave it for an hour.

6- Put a cup of water in a saucepan on the fire.

7- Cut two quince beads and put them in a saucepan.

8- Put a small pinch of salt on the quince.

9- Put the tagine on the fire, and put half a cup of olive oil in it.

10- Add two minced onions to the olive oil, then put the marinated meat pieces on top.

12- Return to the quince pan, and add a teaspoon of cinnamon, two tablespoons of sugar, and a tablespoon of honey.

13- Mix it well and leave it on the stove until it cooks well.

14- Add to the quince pot a teaspoon of butter, stir well, cover the pot again and leave it on the stove.

15- After the quince pieces are straight, put them in the meat Tagine.

16- Leave the tagine on the fire a little, and serve hot for eating.