Moroccan Pastilla: The Story and Types Of An 8 Centuries Old Plate


As soon as you hear the word Pastilla, you will have Morocco coming to your mind.

Pastilla is one of the most extravagant Moroccan dishes. The Pastilla is also a robust competitor to other Moroccan and Global dishes. In every region of Morocco, Pastilla has different ingredients. If you go to the city of Fez, they prepare the Pastilla with chicken and pigeons. In the north of Morocco, we use fish and seafood. And in the southern regions, they use other components.

Pastilla: The Royal Dish During The Saadian Era

Pastilla According To Spanish Researchers

Is Pastilla An Oriental Dish?

The Types Of Pastilla

Pastilla: The Royal Dish During The Saadian Era

If you have ever visited Badi Palace or the Saadian tombs, you will witness how great the Saadian Empire was. During the 17th century, the Saadian empire was one of the world superpowers. 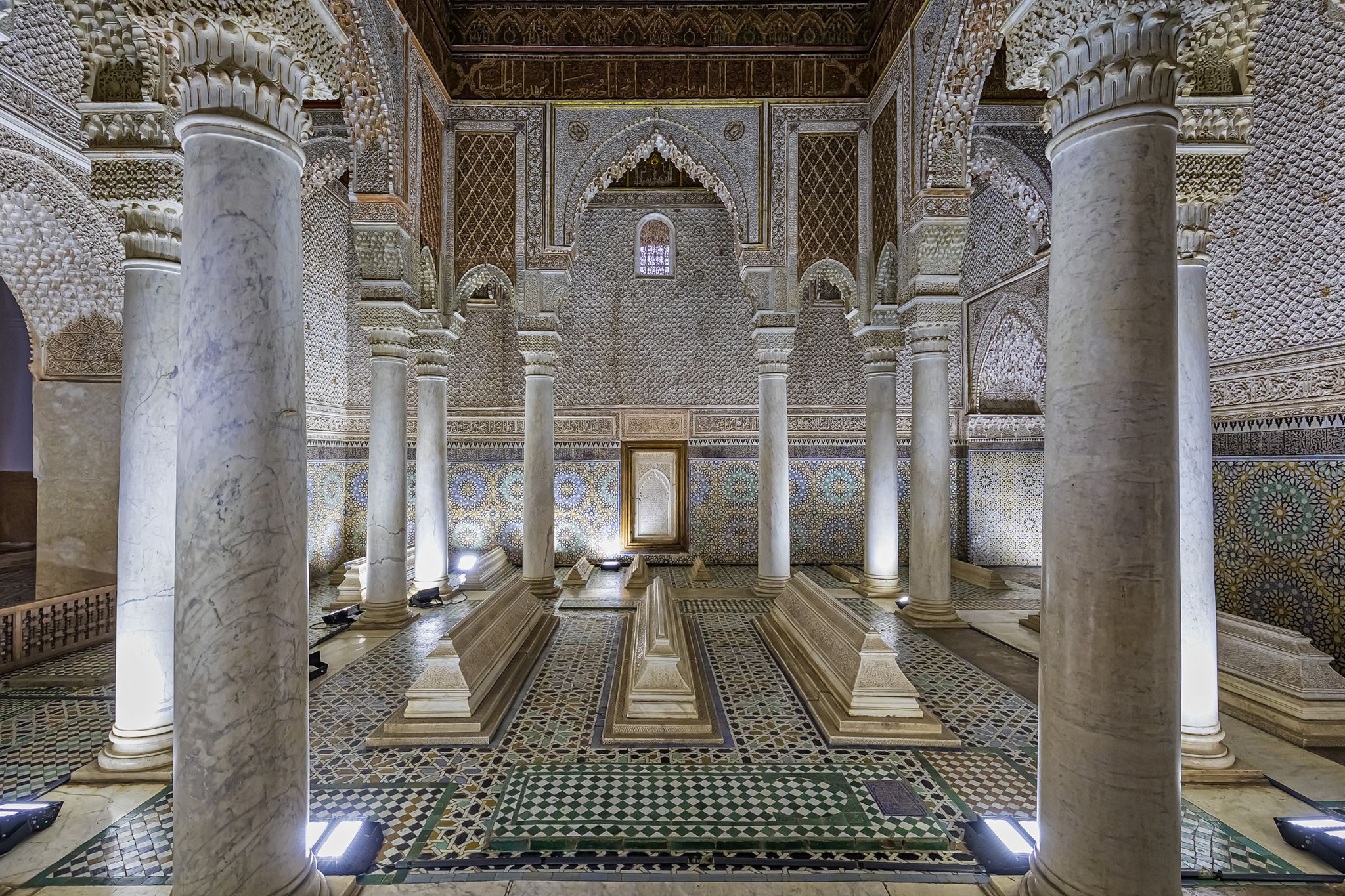 Going back to the Saadian era, diplomatic relations existed between Morocco and Britain. Several English ambassadors came to Morocco. They expressed their admiration for Moroccan culture and the rich Moroccan cuisine.

Among these ambassadors, we mention Anthony Shirley. The British ambassador spoke about the Pastilla with chickens and said:

"There is a dish that Moroccans consider as an appetizer. Though, it is a sufficient dish alone to be the first and the last.

Given the colors, ingredients, and spices, this dish is delightful. And Moroccans know it as Pastilla."

Pastilla According To Spanish Researchers

In 1492, Spain took control of Granada. This date marked the fall of Al-Andalus.

After that, the Moors and Sephardi Jews took refuge in Morocco. They brought with them their traditions and a multitude of recipes.

There is a claim that the Pastilla is a Spanish dish. Perhaps because of its name.

Yet, many Spanish researchers in cuisine say that the Pastilla goes back to the city of Fez in Morocco. And this is what “Carmen” (a Spanish cuisine researcher) says in her blog puestoma2tazas.

The traditional Moroccan dish emerged from Royal palaces to Moroccan homes. Families in Morocco had the vocation to develop and preserve the plate. Finally, Moroccan restaurants brought them to the world.

In Morocco, there is not only one type of Pastilla. Several types with the difference in ingredients between chicken, fish, seafood, etc.

If the components are different, the method of preparation remains the same. Hence, Moroccans preserved the same shape and taste as in the past.

Is Pastilla An Oriental Dish?

The search for the origin of any dish in any of the civilizations or countries is not easy.

First, you need to look at the cuisine of those countries today. Perhaps the dish covered by the research is still present on their tables.

The Pastilla dish in its form, or even like it, does not exist on the oriental dining tables in its twenty countries.

If you search in the first oriental cookbooks that existed (10th century AD), there is no mention of what looks like a pastilla dish.

We came to this conclusion because Eastern cooking did not know the stuffed dishes at the time. And so researchers considered that stuffing was authentic Moroccan cooking.

The Types Of Pastilla

Moroccans are known for creating many dishes that entered the international cuisine. The Moroccan Pastilla has known several transformations across countries. Also, Pastilla has not been subject to any external influence.

Moroccan Pastilla changes its filling from one region to another. And this is typical of the available product in each area.

The different types of Pastilla include lamb, pigeon, chicken, fish, and seafood products. There is also the sweet Pastilla with sugar, milk, and rose water.

The Chicken And Almonds Pastilla

The chicken and almonds Pastilla is a star of Moroccan cuisine.

How to prepare Chicken And Almonds Pastilla

This authentic, historical, and delicious recipe is served only on special occasions. sweet/savory

The thin sheets of pasta are stuffed with chicken, eggs, and a mixture of cinnamon almonds. It's a delight! 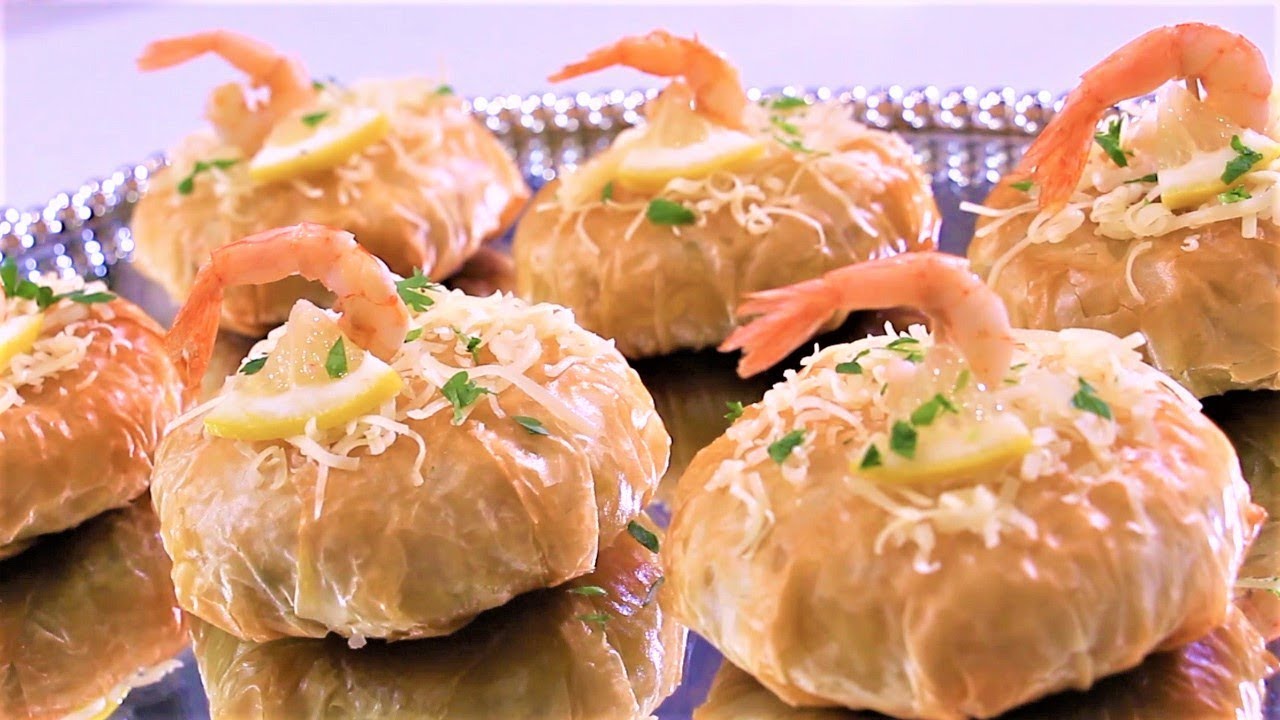 After the classic chicken Pastilla, now I present to you the famous seafood Pastilla. It is one of my favorites!

The seafood Pastilla is a classic of Moroccan cuisine. Often you can serve it as a starter for weddings or other parties. You can also prepare this plate for a meal with family or friends or to wow our guests.

Seafood Pastilla is a mixture of shellfish, fish, rice vermicelli, and mushroom. This mixture is enhanced by a fresh and spicy chermoula. Then we wrap everything in the crispy envelope of filo pastry.

There are different ways to prepare this dish. You can vary the type of fish. And also, you can add some vegetables like grated carrots or grilled peppers.

No matter its garnish, this crispy meal is always unbeaten. Do it according to your taste or what is available, and have fun. 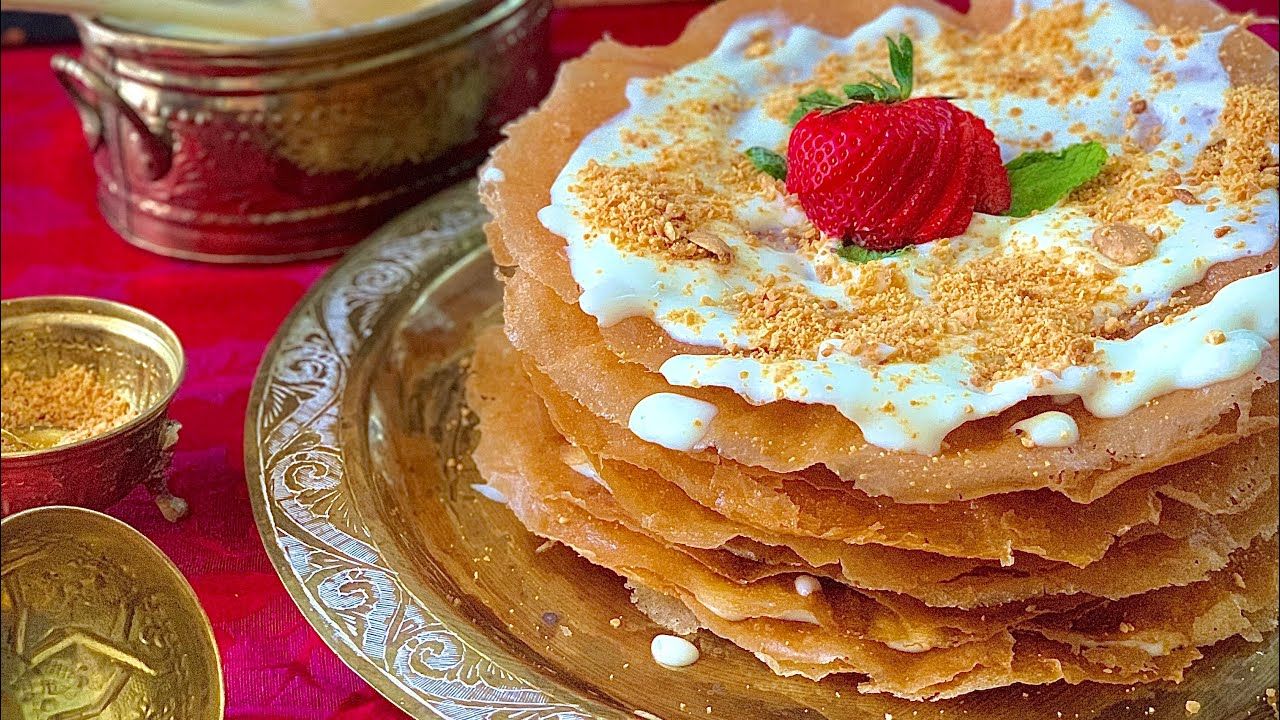 Here is an innovative Moroccan recipe: the pastilla with milk.

It's a dessert made from brick leaves, orange blossom cream, and toasted almonds.

The recipe varies from one family to another. Some prepare based on custard, others based on rice powder or even cornflour. original