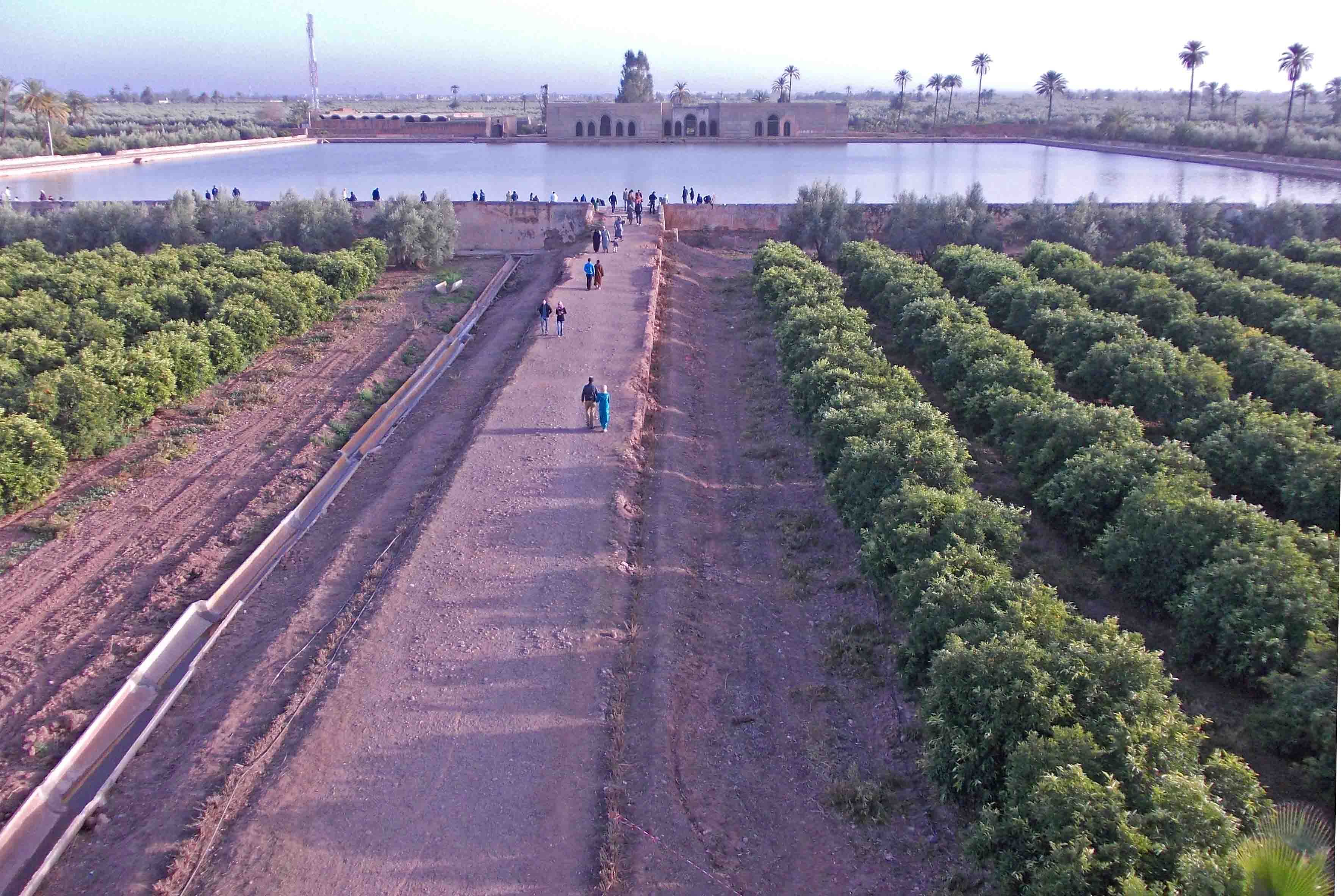 Do you have any opinions about the idea behind ​​the famous Park of Manhattan in New York?

Believe it or not, it came from Agdal Gardens.

The First City Garden in the world

At the end of the 18th century, the British claimed the invention of the "city garden" concept.

The idea was to balance the area of construction in new cities to the area of parks and green spaces.

In the 12th century, the Almohad had implemented this revolutionary concept.

The History of Agdal Gardens

The Agdal Gardens are the largest and the oldest in Marrakech. They date back to the 12th century.

Historical sources agree that the founder of the Agdal Gardens is Abu Yaqoub Yusuf.

Abu Yaqoub Yusuf is the greatest Almohad the Almohad caliph.

He built the Koutoubia Mosque, the Hassan Tower in Rabat and the Giralda Mosque in Seville.

He had a strategic development vision. And that vision was very advanced in his time.

His goal was to face prolonged periods of low rainfall.

So he planned and implemented all the water organization of Marrakech and Seville.

He was the engineer of Agdal Gardens and Menara Gardens.

His politic led not only to food self-sufficiency but also made significant reserves.

The architecture of Agdal Gardens 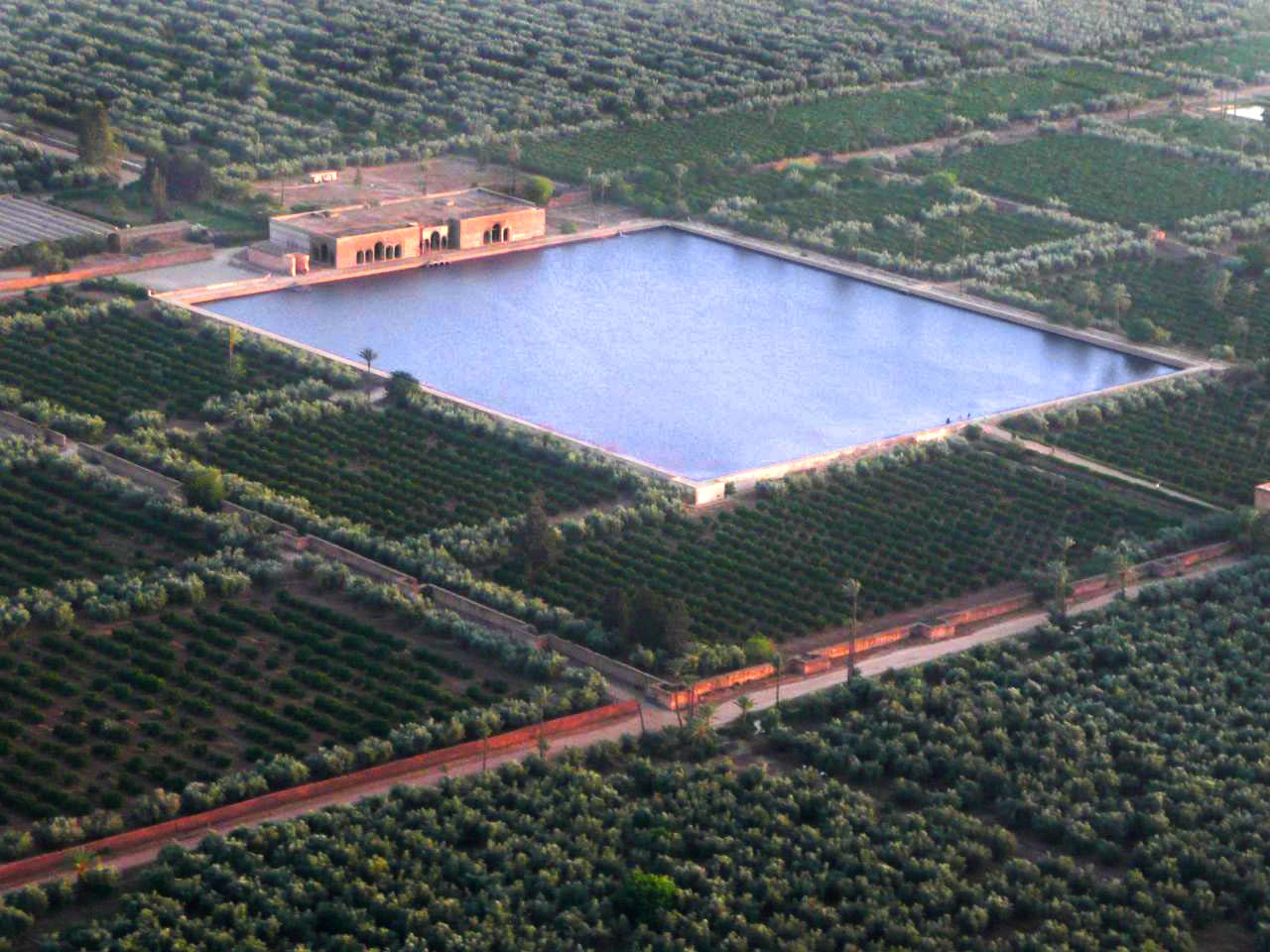 Across an area of 500 hectares south of the city, Agdal Gardens draw a picturesque landscape.

It is a picnic space in which water, fruits, and fragrant flowers are in abundance.

Typical gardens of the Islamic culture directed inward. The Agdal Gardens, though, are open to the outside.

The specifications and dimensions of these gardens are pioneering. European gardens took centuries before making such designs.

A nine-kilometer built of mud wall surrounded the site of these gardens. And many towers are spread along this wall.

Within the gardens, there are smaller areas that each embrace the planting of fruit trees. Here you can find olives, oranges, apricots, nuts, almonds, figs, and pomegranates.

The Watering System Of Agdal Gardens 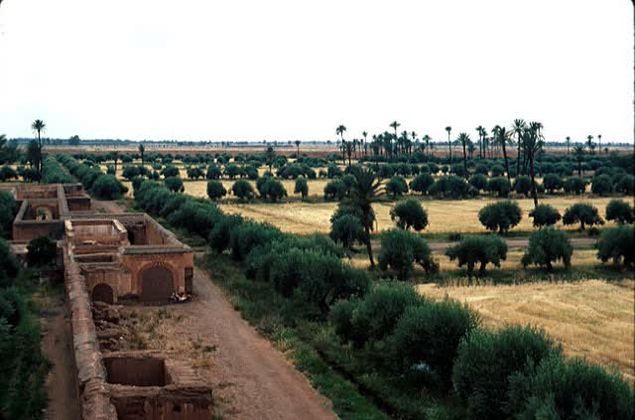 The architect of the garden invented an ingenious watering system. This system led to creating a green oasis on dry land.

From the foothills of the Atlas Mountains, the Almoravids brought water to Marrakech.

Khoutarate is a 30 km long network of subsurface channels. 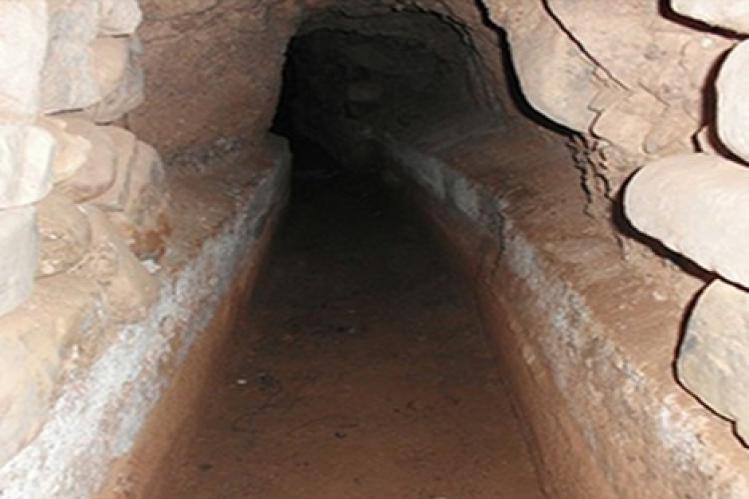 These two tanks supply many fountains and smaller basins with water. They also directly served the medina and its residents.

This sophisticated system enables the watering of small plots regularly.

The design of the Agdal Gardens was an incredible success. It has been duplicated in many regions in the Kingdom and even in Seville.

The Agdal Gardens is one of the oldest monuments in the Arab Islamic world.

In 1985, UNESCO classified these gardens as a world heritage.

Opening times: Friday and Sunday from 9 am to 6 pm.

To Know Before Visiting Agdal Gardens

Agdal Gardens is a well-known historical site in Marrakech.

But unlike Majorelle Gardens, Agdal Gardens are not a typical tourist attraction.

And this is for many reasons.

You should know that only a small part of this park is open to the public. And also, most of the time it is closed (five days of the week).

Once you are within the gardens, there are no shops and no cafes.

If you don’t have a car, taxis are quite rare in this area of the city.