The 8 best historical gates of Marrakech, we recommend you to visit. 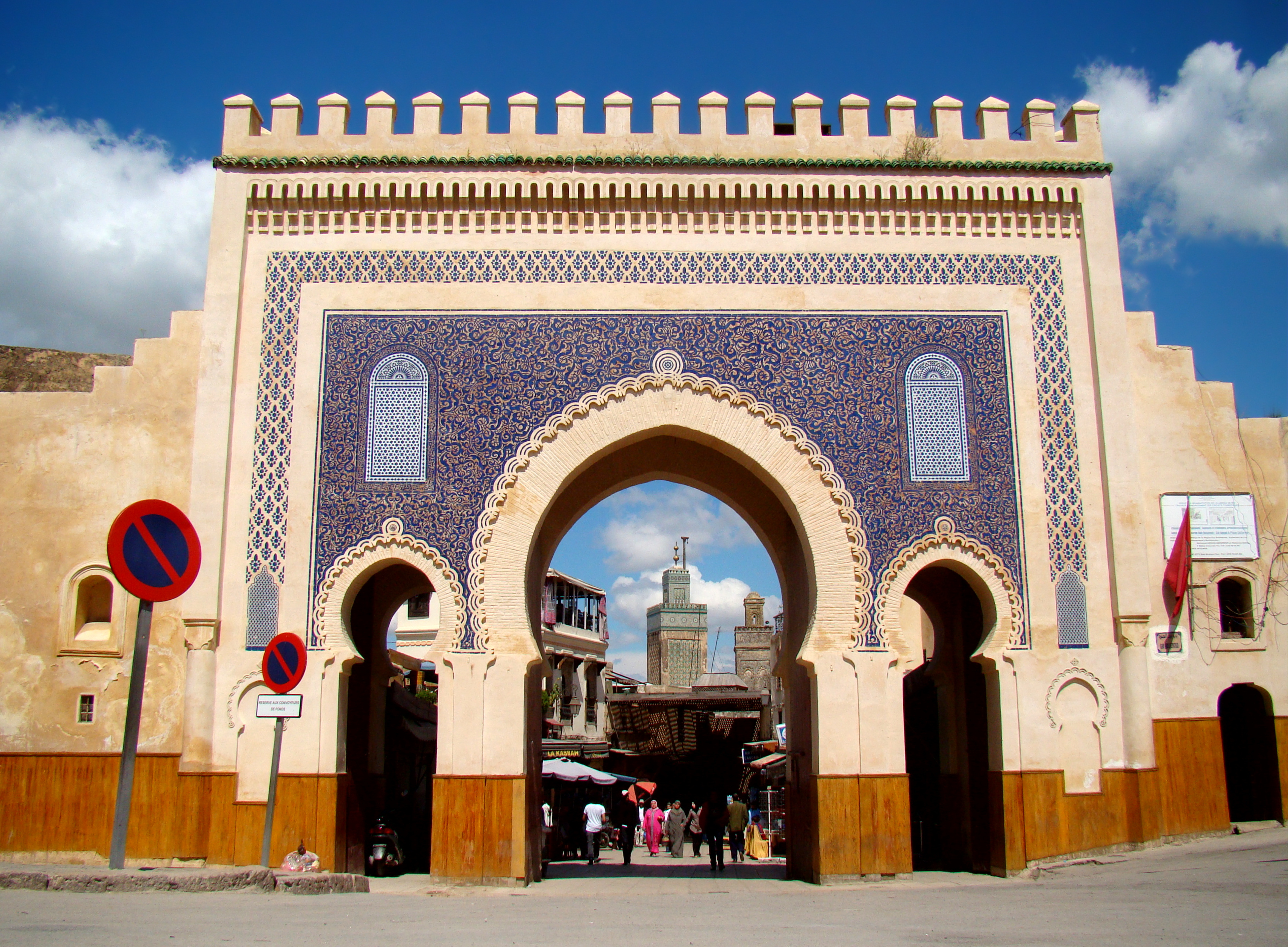 The Moroccan historical cities are mythical. The fortified walls and the restricted gates are the principal part of them.

These cities then expanded outside these walls.

The expansion of cities forced the rulers to increase the perimeter of the walls. And so, they also had to open more doors and towers. They also had to secure them with openings and basements to ease the entry and the exit. 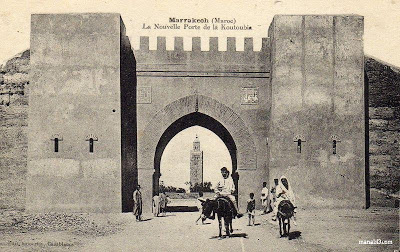 The interest in fortresses and gates began during the reign of the Almoravid sultans. Then after continued the Almohad caliphs, and then the Marinids and Sa’dis.

The city of Marrakesh was a safe settlement for caravans coming from the desert. Caravans merchants knew it as an important trade center.

The 8 best historical gates of Marrakech, we recommend you to visit. 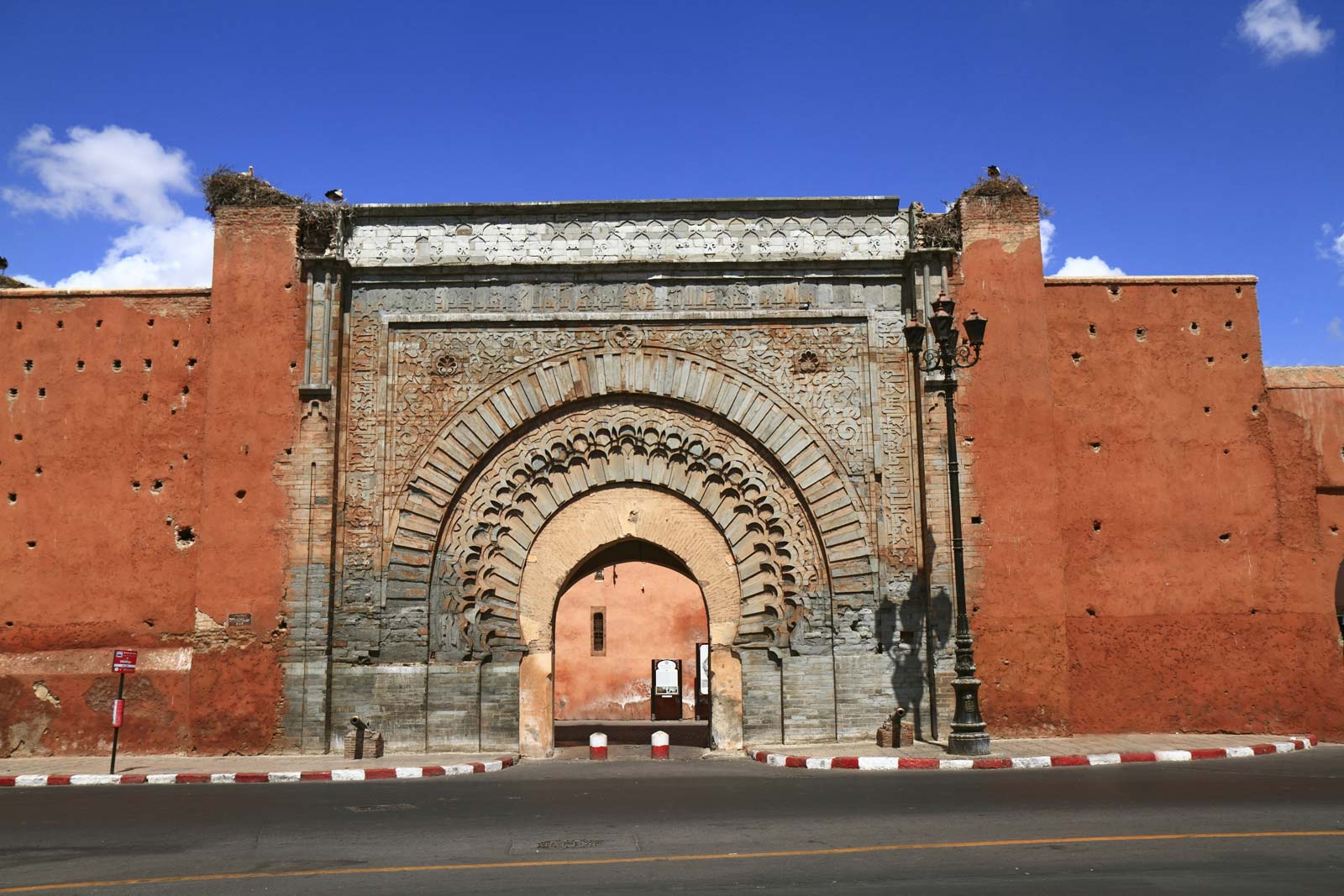 The Agnaou door is between the 19 gates of Marrakesh. It is an internal door that separates the royal kasbah from the rest of the city.

This masterpiece was built in the 12th century in the era of the Almohad Caliph Abd al-Mumin bin Ali al-Koumi.

The name of the door "Agnaou" to the Amazigh word Aknau. It means mute. 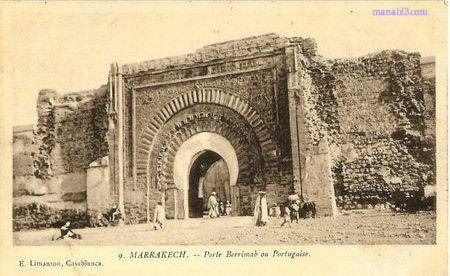 The Moroccans used to call this description Al-Ajam(Non-Arab), especially the Subsaharan Africans.

In the Southern direction from the old medina, one can find this door. 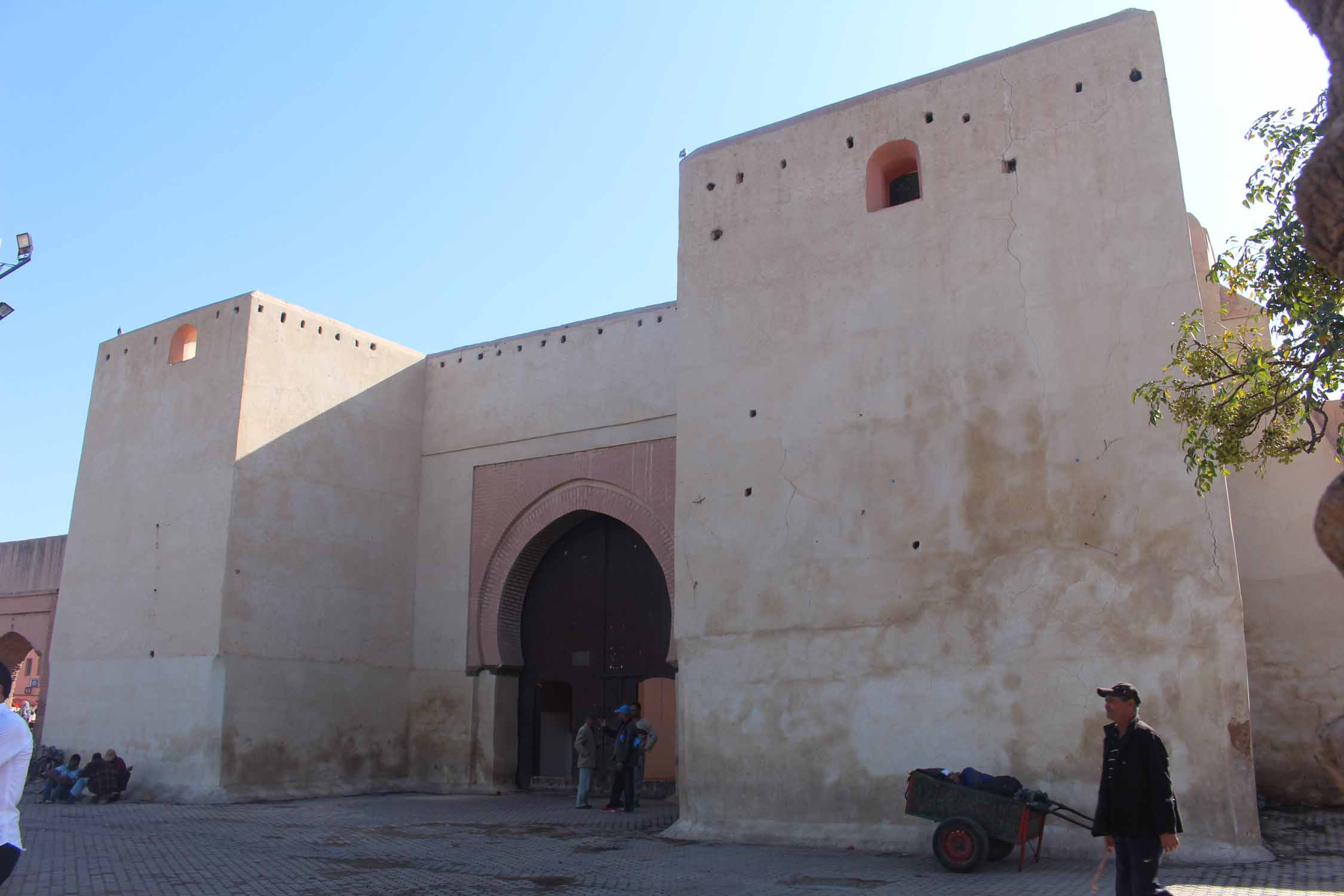 The Doukkala Gate is among the main doors of the ancient city walls of Marrakesh. This door is located on the western side of the city and leads to the mosque of Bab Doukkala.

The Doukkala Gate is formed by two large towers with a corridor leading to the center of the ancient city. 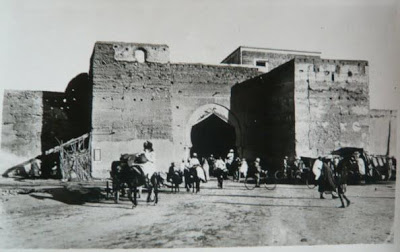 The name of this door “Doukkala” is relative to the area next to Marrakech. Caravans that came from and to the plains of “Doukkala” and “Chaouia” passed through this gate.

This door was built in the Almohad era.

The Bab Er-Robb is one of the 19 doors of Marrakesh. It was constructed during the reign of the Almohads. And its location is near the gate of Agnaou in the south of the city.

And we called the Gate of Er-Robb because of the drink of the Er-Robb. This drink, which is made of figs and berries, was very trendy. The Almohads have been known for the consumption of this drink.

Some scholars, to limit its spread, issued a fatwa saying that it is forbidden. So the merchant sold it hidden, outside the city, next to this door.

And whoever associates the door with the name of that drink. 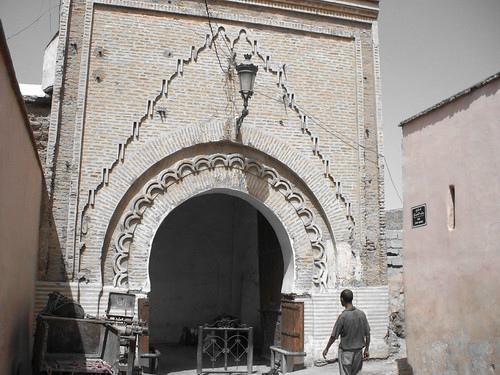 This gate dates back to the Almoravid era, so it is one of the oldest doors in the city.

This door knew many restorations throughout the decades and centuries that followed. Yet, it still retains its archaeological brightness and its cultural and touristic reputation.

The nearby tanneries are the origin of the name of this door. 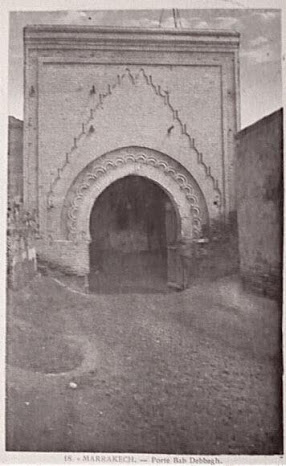 It is one of the three doors open on the eastern front of the Marrakesh Wall, which are Bab Ilan and Bab Yantan. 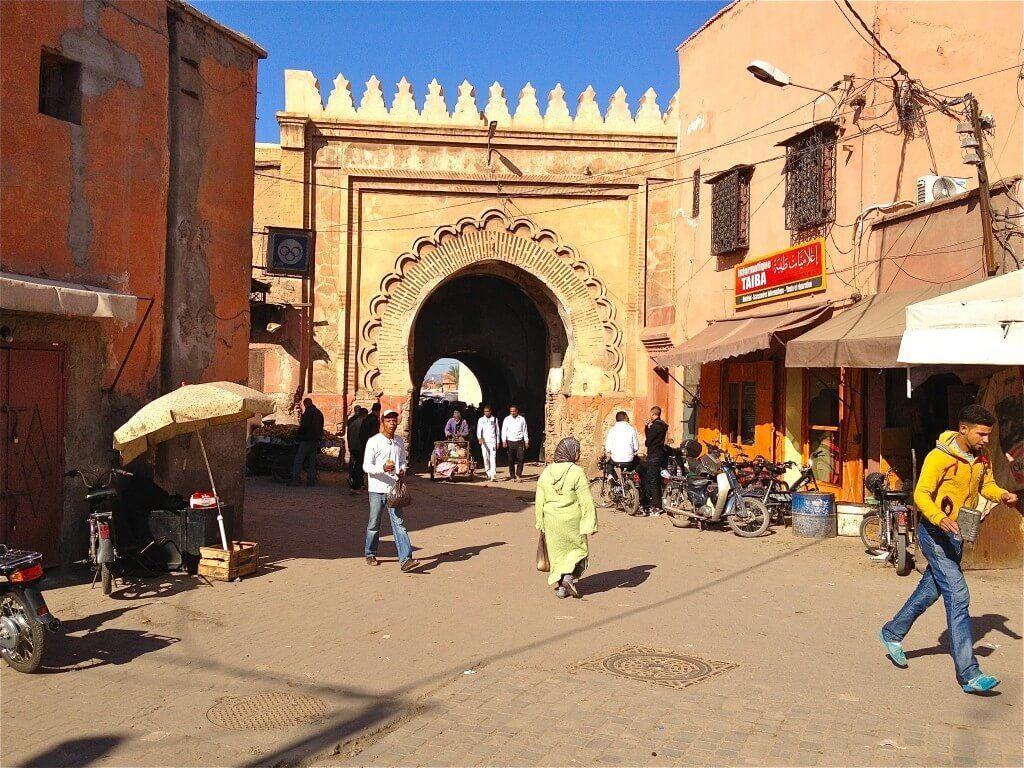 Or the door of El-Khamis (Thursday in Arabic). It is one of the gates of the ancient city of Marrakech. And this door is one of the first doors built on the Marrakesh Wall. It was placed in conjunction with the construction of the wall located in the eastern part. 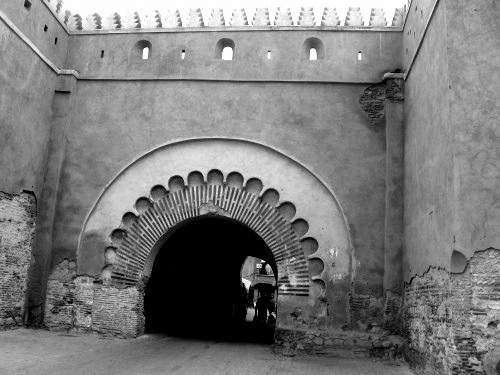 This part is in the northern facade of the ancient city wall.

It is one of the first doors in the ancient wall. Its construction coincided with the building of the fence. It was present throughout the medieval era. And then it disappeared for unknown reasons until now.

But the door immortalized the name of Al-Saliha. The designation of “Salalaha Garden” whose scenery is in the south of the Almoravid city. One called it “Houma Al-Saliha” during the reign of Caliph Abi Yaqoub Yusuf. 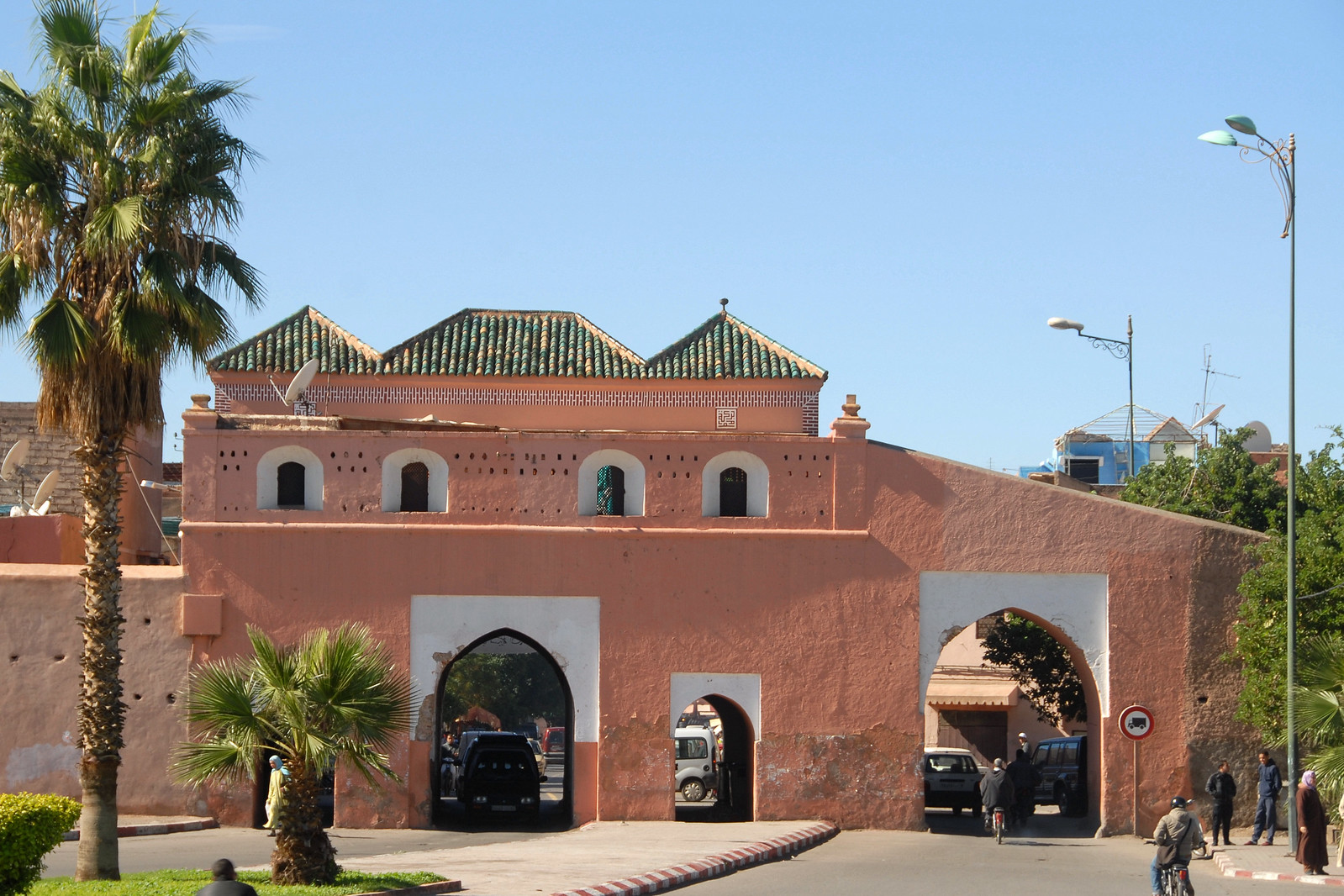 Bab is in the southern section of the current wall of the Kasbah. Its location on the open road to the Awlad Ahmar (sons of Ahmar) tribe.

So this is why the name.

It is outside and away from the Almoravid wall.

During the rule of the Almoravids, it was a part of the green field known as the Garden of Saliha. 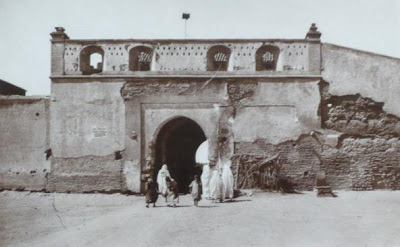 The door was newly created; it is one of the achievements of the eighteenth century. It was an exit for a neighborhood next to the palace. Black people that worked for royale palace inhabited this neighborhood. 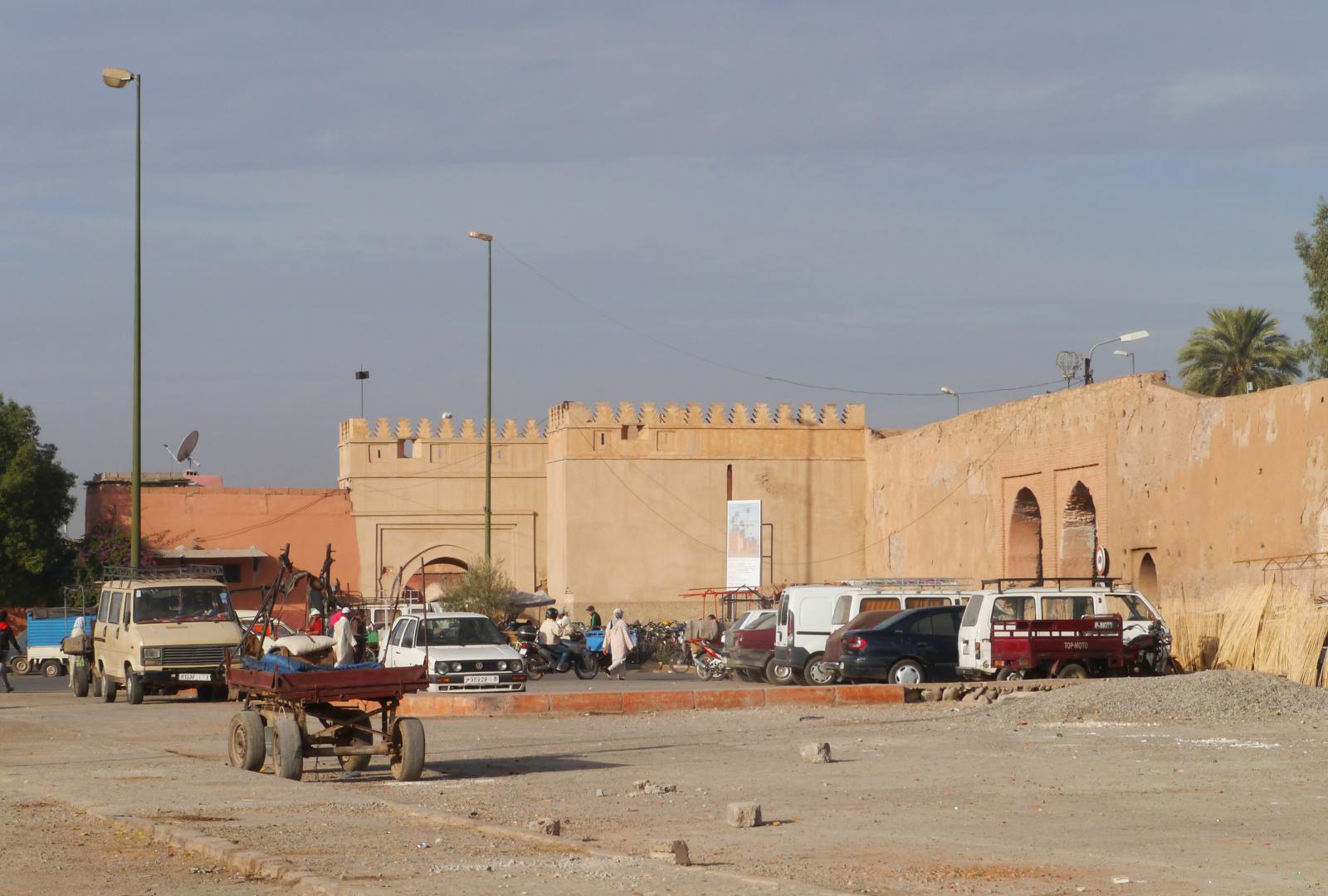 It forms the outlets of one of the towers that permeate the eastern side of the city walls.

The door of Agmat is composed of two large and ancient arches that saw several eras.

This door is outside the ancient city of Marrakesh. It is open to the road leading to the Bab Ilan and Bouskri neighborhood and the corner of Sidi Mohamed Ben Saleh.