The Complete Guide To Visit The "Musée De Marrakech" 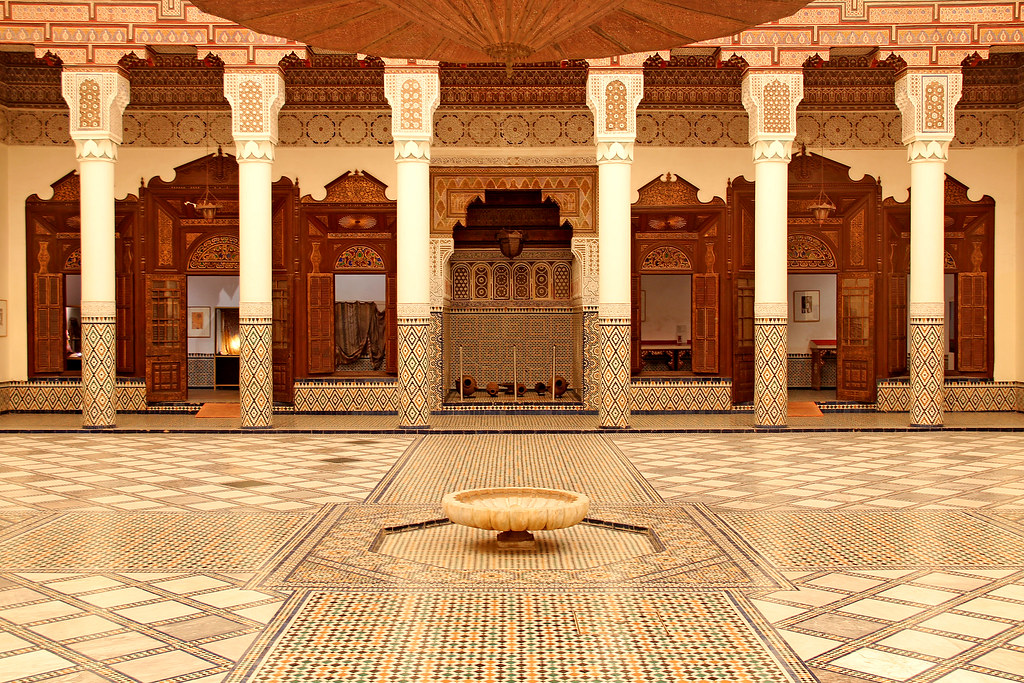 Do you want to breathe life in Marrakech in the 19th century?

Do you want to discover an exceptional palace displaying the luxurious Islamic Architecture?

Do you want to see the diversified Moroccan culture through unique arts and crafts?

Musée de Marrakech or El-Menebhi Palace is a place where time stops to let you experience emotions of ancient days.

In the mid 19th century, Mahdi El-Menehbi was born in a small village near Marrakech.

At the beginning of his life, he worked as a postman. He was carrying official messages during the reign of Sultan Moulay Abdel Aziz. Then, he worked as an administrator in many small regions.

One day, El-Menehbi had the opportunity to meet the Sultan in private. He immediately approached him and gained his confidence.

The Powerful Minister Of War

El-Menehbi was smart, wit, and a keeper of the Palace's secrets. And the Sultan appreciated this very much.

And then came the day when the Sultan nominated El-Menehbi as Minister of War.

Al Munabhi was a firm and rigorous person. And the Sultan of Morocco was a minor; he had only 14 years.

At that time, the Grand Vizier of Morocco was Ba Hammad. He is the person who built the Bahia Palace.

Ba Hammad was aware of the ability of Al-Munabhi to manage the affairs of the country.

When Ba Hammad was about to die, he suggested El-Menehbi be the next Grand Vizier of Morocco.

El-Menehbi was occupying the highest position in the kingdom abroad. And his success spread over the world.

At the Beginning of 1901, El-Menehbi served as ambassador to both Germany and Great Britain.

He represented the Sultan at the coronation of King Edward VII to succeed Queen Victoria. 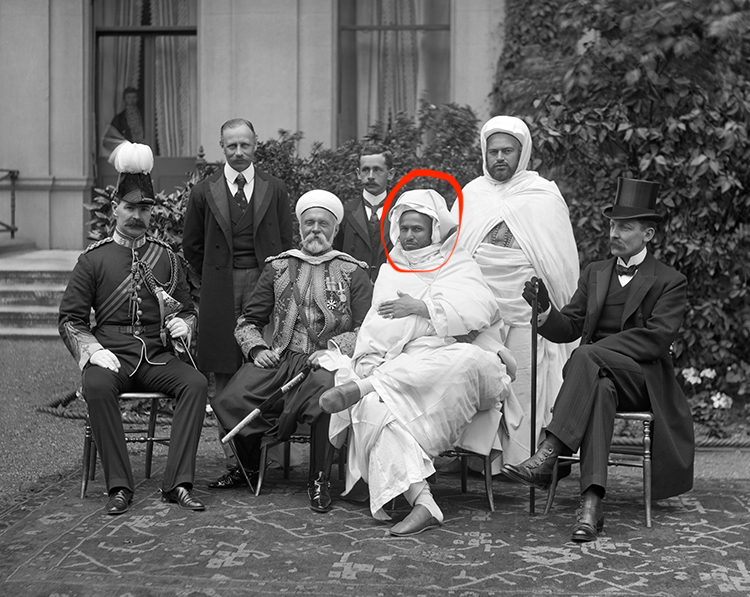 During his stay, El-Menehbi concluded a peace treaty with the British.

This treaty included the training of the Moroccan army, the construction of arms factories, and the creation of a naval fleet.

After his trip to Britain, European leaders flattered him. They wanted to gain influence in Morocco.

After his return, El-Menehbi led campaigns against rebels in the north of Morocco.

In 1908, El-Menehbi was defeated in a cruel battle. The Sultan suspended the Minister and made him lose his fortune.

El-Menehbi's enemies from the Sultan's entourage were waiting for this moment.

While he was returning from abroad, his sources alerted him of his arrest warrant.

So he went to Tangier. And El-Menehbi remained in exile in this city until he died in 1941. 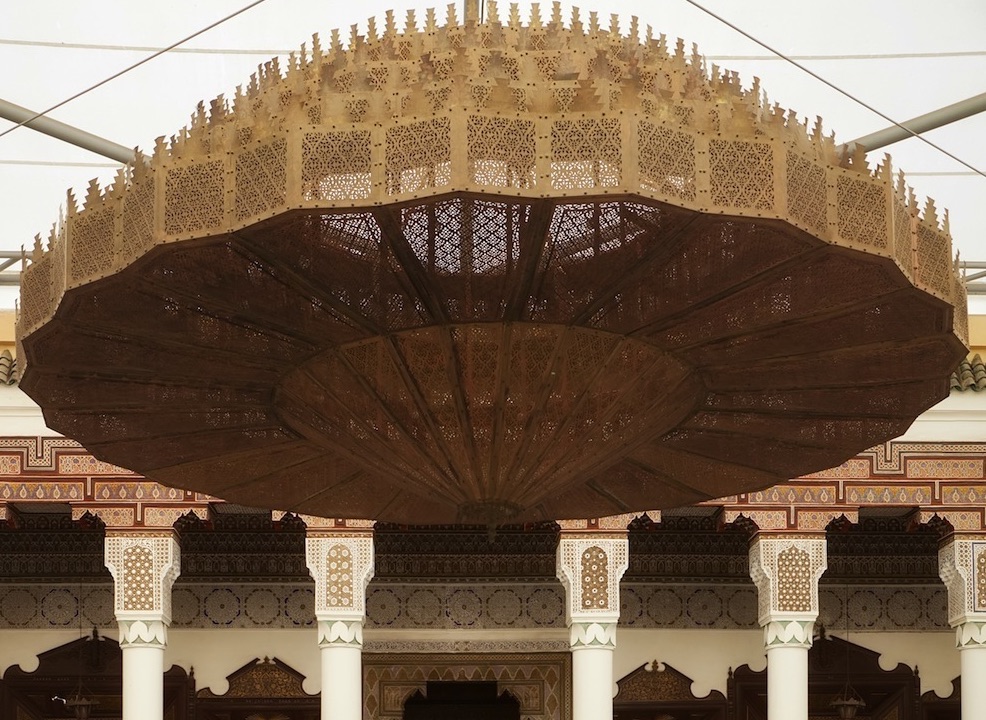 The palace is breathtaking. The museum is one of the most impressive attractions in the city.

The design of the museum is very striking. The architecture of its numerous spaces, domes and several rooms is outstanding. 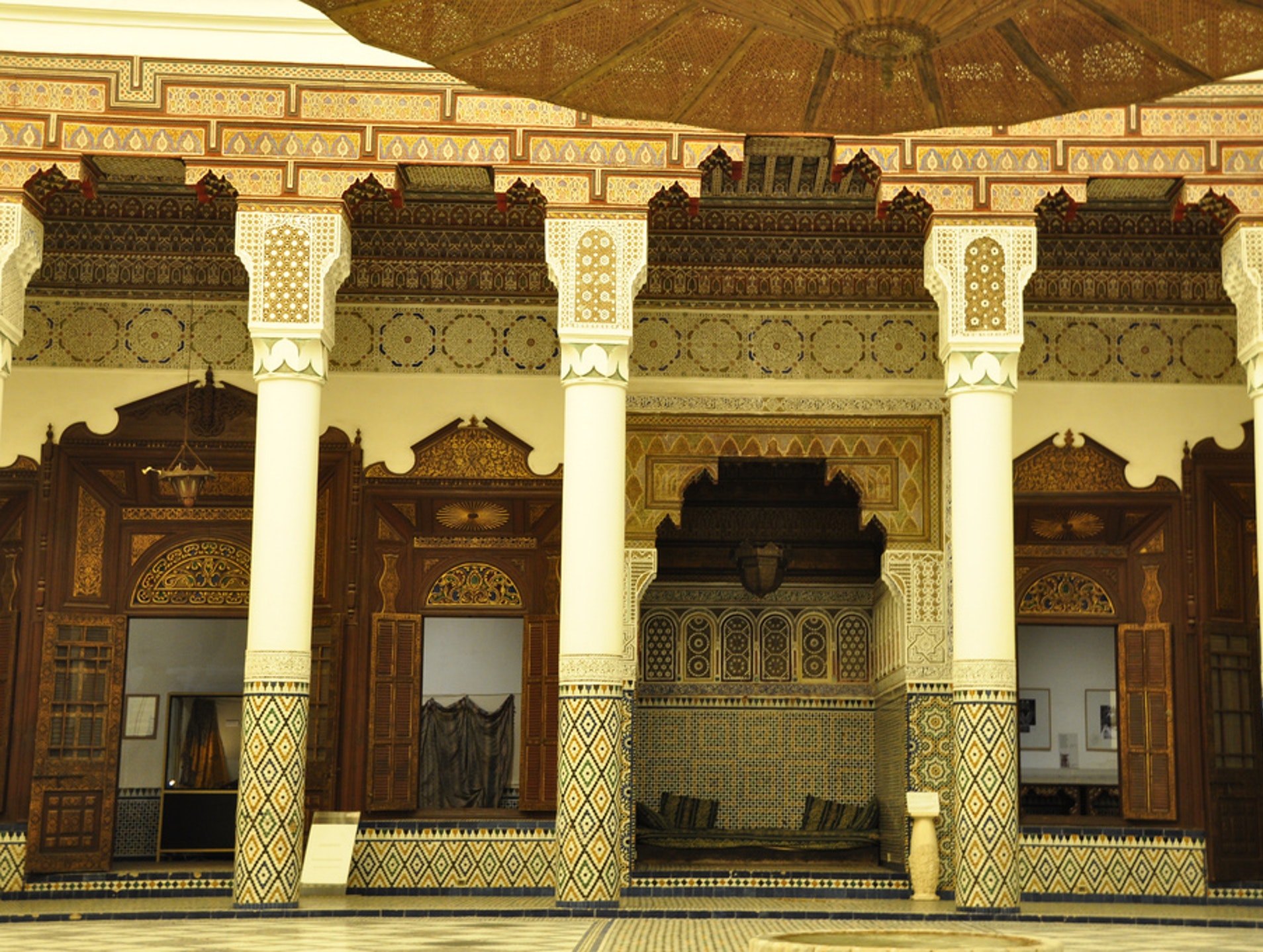 The museum's building has a large and upscale entrance hall and corners. There are plenty of decorations in ceilings and in walls. 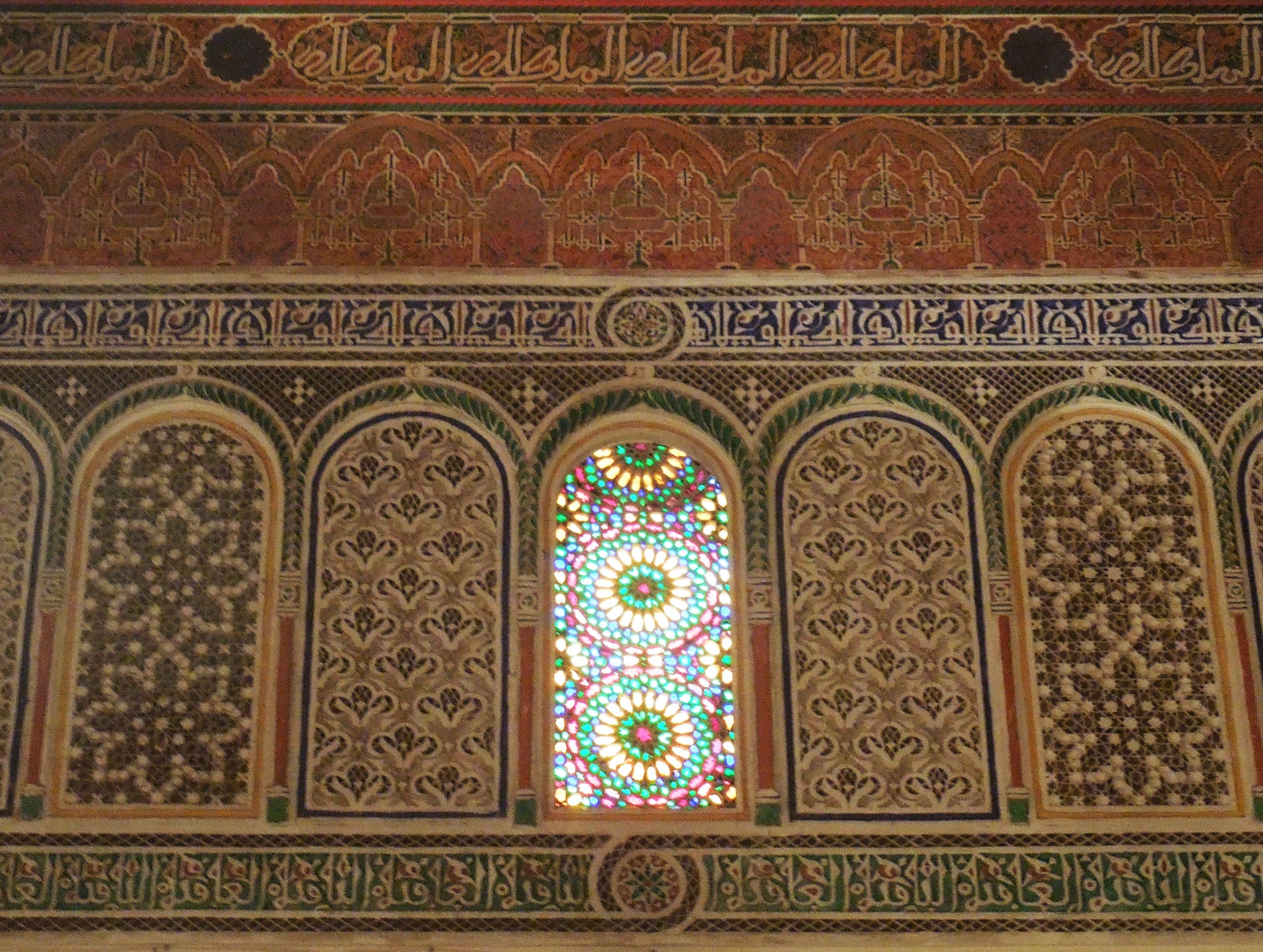 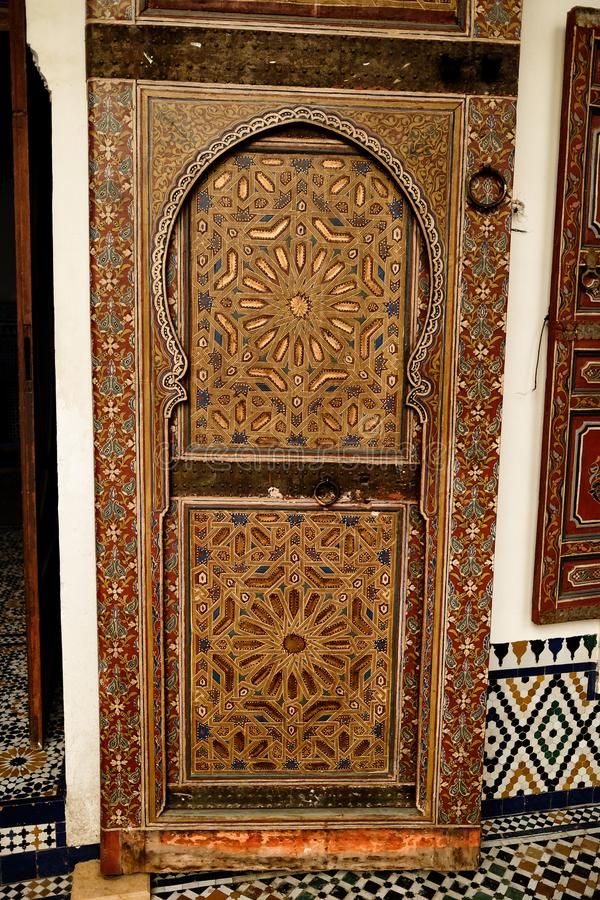 Carved windows with luxurious touch in wood and gypsum decorations. 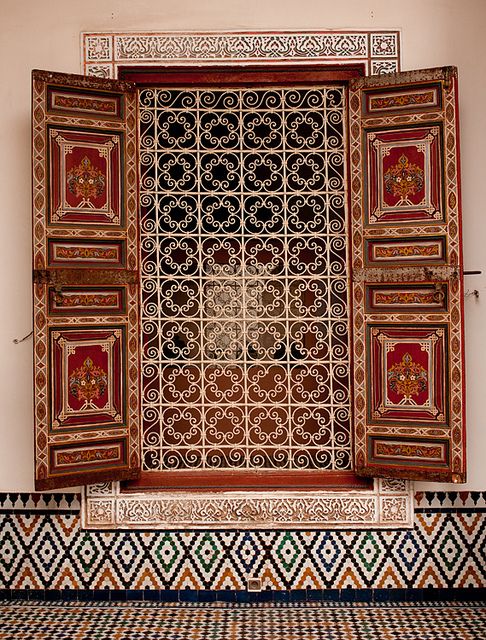 Spread throughout the museum, the mosaics in walls, floors, and columns are remarkable. 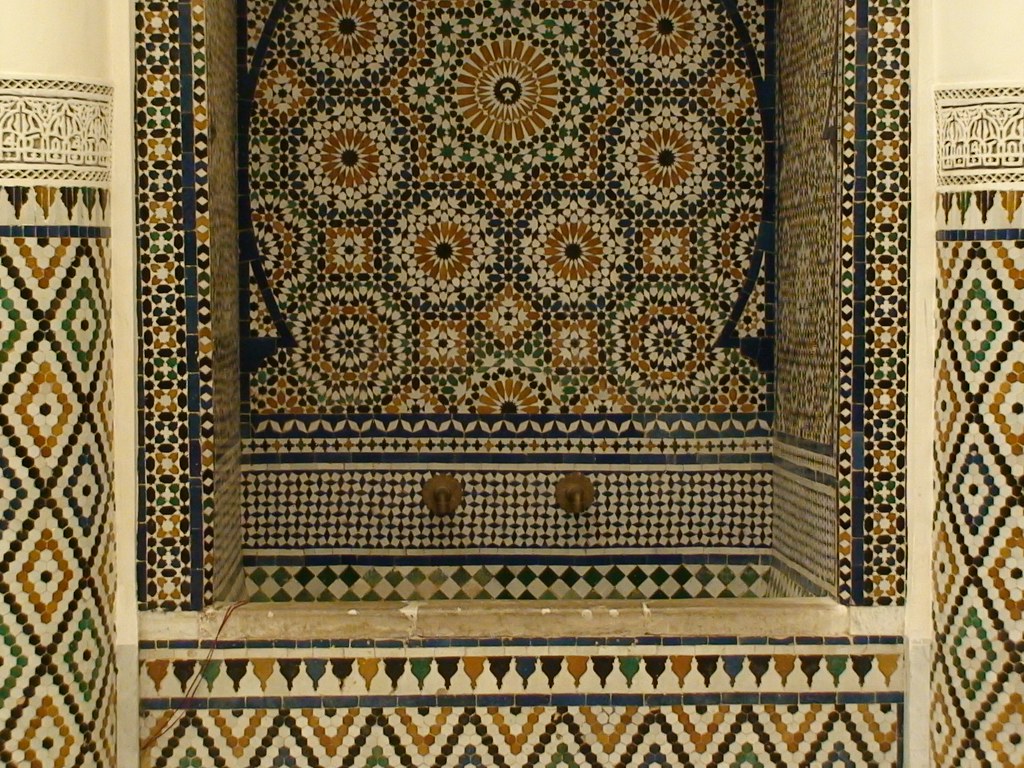 The museum: An Insight To The Moroccon Culture

The museum has a large number of spaces, each of which is displaying a group of articles.

You will appreciate the utmost care and elegance of the ordering of the museum.

The museum has a mixture of articles, from ancient books to ancient pottery products.

You can also find old Moroccan coins from different eras.

Besides many remarkable ancient artifacts with different materials, shapes, and sizes. 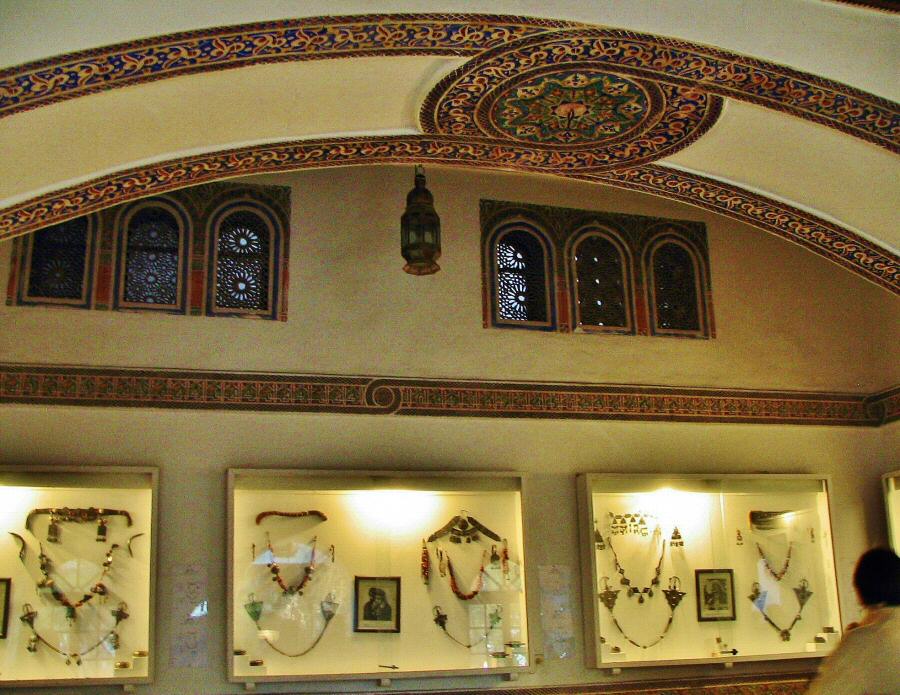 You will feel that these living artifacts tell their story by looking at them.

You will see a note with explanations for each artifact item. Yet, many items' descriptions are not in English.

You can get an official guide to help you learn the history and context of these artifacts.

Also, this museum is a significant cultural space in the city of Marrakech. From time to time, It hosts art exhibitions and musical activities. 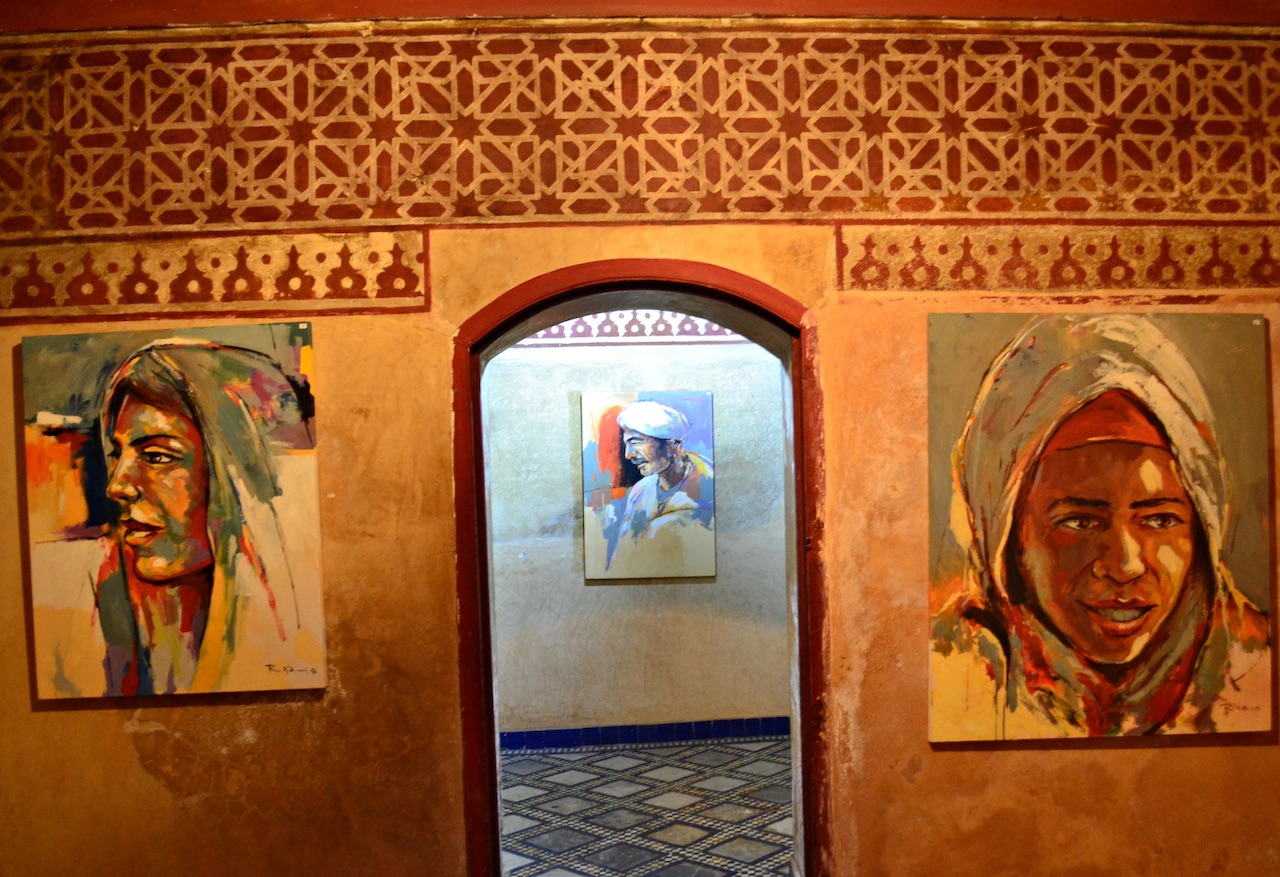 Musée de Marrakech is open daily from 9 am to 6 pm.

The entry to Musée de Marrakech costs 50 Moroccan dirhams (about 5$).