BEST Things To Do In The Medina Of Essaouira 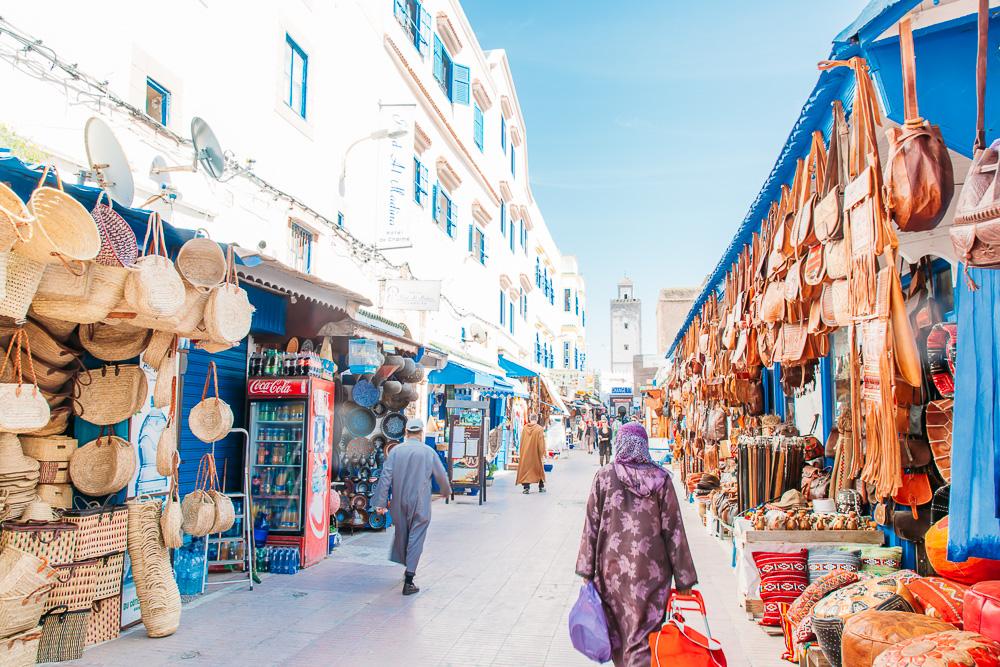 In the middle of the 18th century, Mohammed Ben Abdallah was the Sultan of Morocco. He hired European engineers and architects to build a city from scratch. Essaouira is thus the only Medina in Morocco to have an orthogonal plan.

When you are in this coastal city, visiting the medina is one of the absolute best things to do in Essaouira.

Here are the best things to do in the Medina of Essaouira.

1 Get lost in the back streets 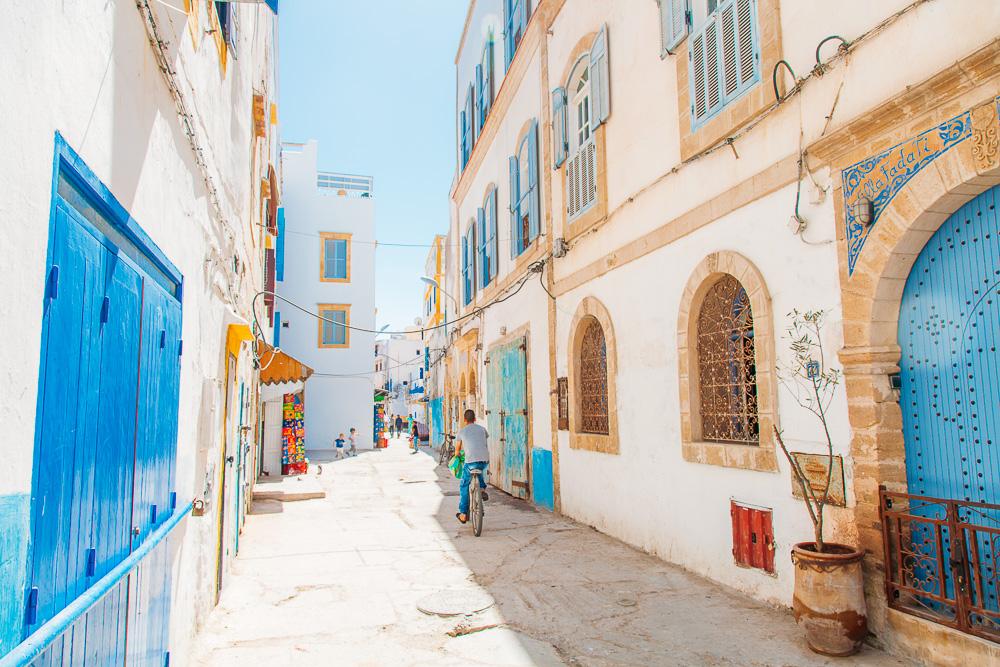 Back streets of Essaouira

Within the medina, the architecture is tempered by the oriental narrow roads. Behind the modest white facades, you will discover a colorful, warm, and mysterious life.

If you enter the Medina of Essaouira through Bab el-Sebaa, you will get into the old Kasbah. Kasbah is the first area of the Old Medina to be built. It was a neighborhood reserved for the Sultan, administrations, and European consuls.

Get yourself lost in the streets leading from the Bab el-Sebaa square. And go to discover this Medina, its shops, and art galleries. 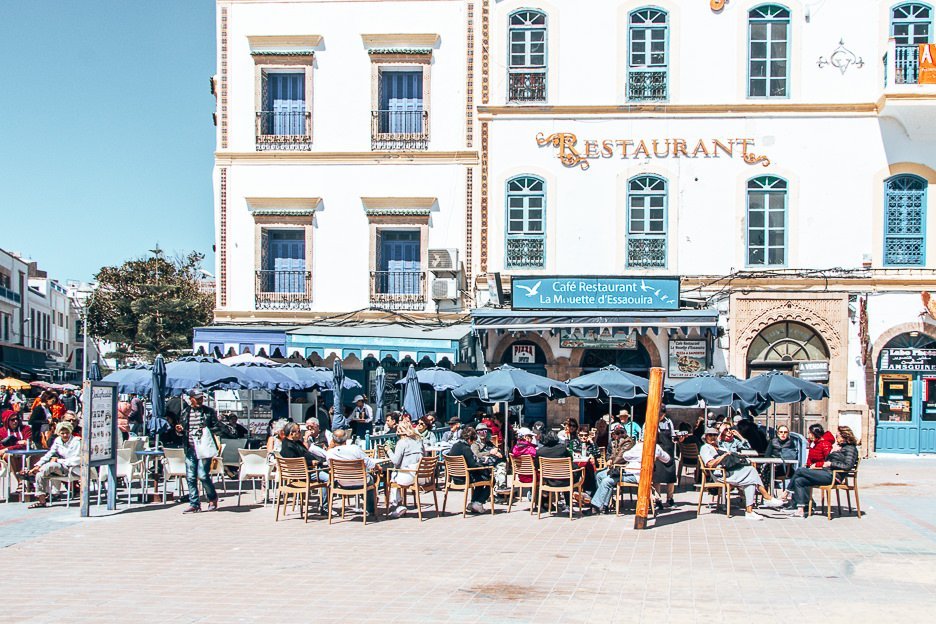 Many Cafes and restaurants on the square offer beautiful sea views from their roofs.

In the evening, the square has a warm atmosphere. Families and friends meet, and children play.

3 Stopover The Sqala Of The Kasbah 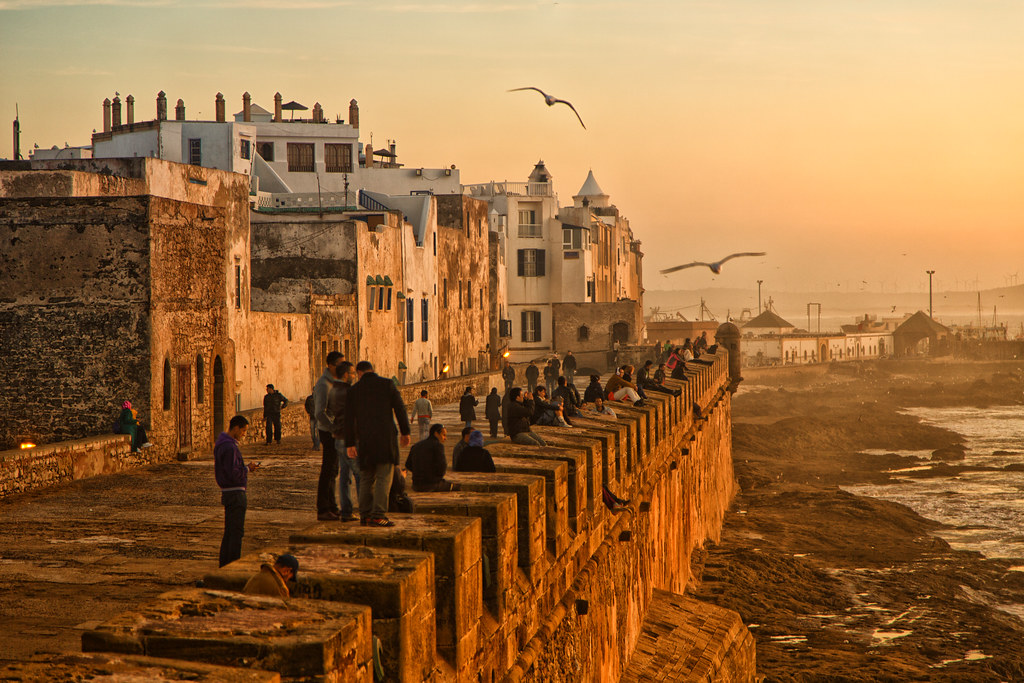 Sunset at Sqala Of The Kasbah

The Sqala of Kasbah or Sqala of the city is a vast artillery platform. This fortification was used to protect the city against sea attacks.

The building has tall and fortified walls. On the top of the walls, around twenty bronze cannons face the ocean. 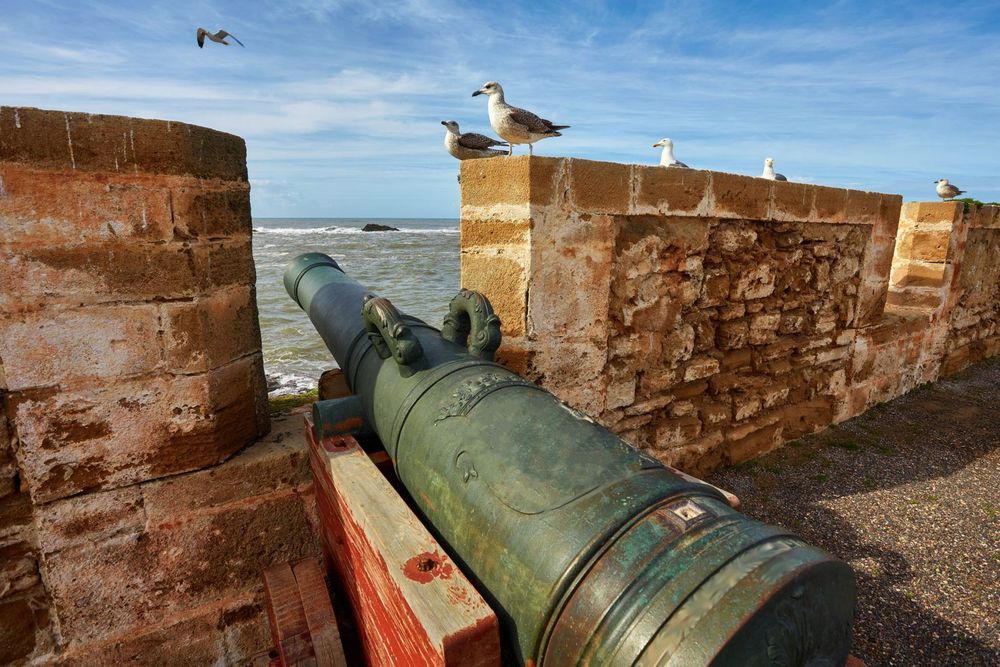 These cannons date from the end of the 18th century. They originated from Barcelona and Seville. The Moroccan took them from the Spanish as spoils of war.

The terrace, 200m long, overlooks the ocean and offers a superb view. A beautiful door opens onto the circular platform. You can have the best sight of the fortified building from the terrace of the north bastion. 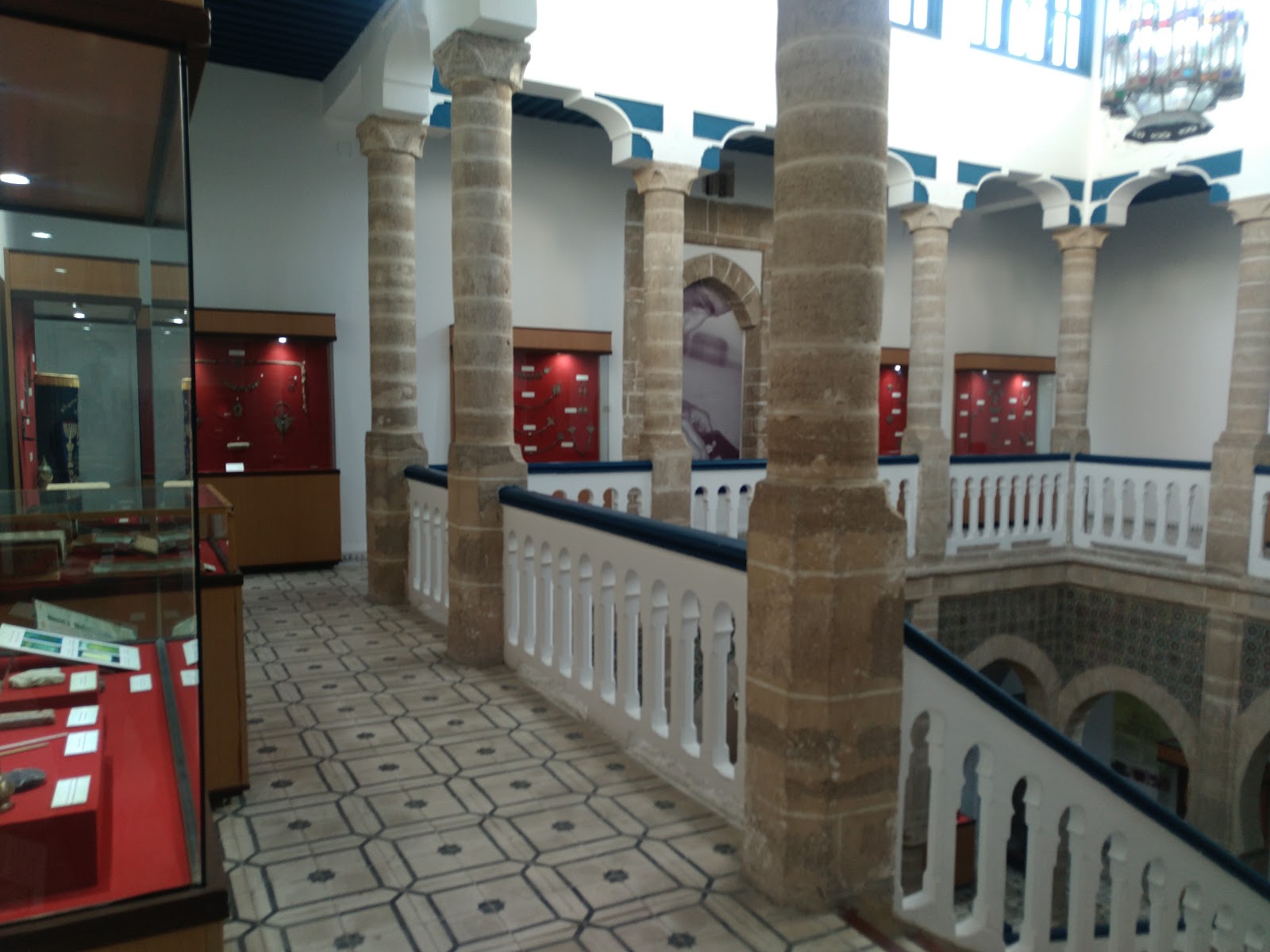 This beautiful 19th-century merchant riad is an architectural masterpiece. The museum was also the city town hall under the French protectorate.

The museum is devoted to the artisanal and artistic traditions of the region. It brings together collections collected by its creator, artist Boujemâa Lakhdar.

On the ground floor, you will get general information on the city's cultural heritage. You will also learn about the archaeological discoveries in the city. The finds are from prehistoric times to the Phoenicians. Don't miss the only intact amphora (from the 3rd century AD) of Morocco found in Essaouira.

Upstairs you will see musical instruments used during religious and spiritual ceremonies. Gnaoua Festival is the most famous among them. You will also find carpets, ornate furniture, painted woods, jewelry, weapons, and more. 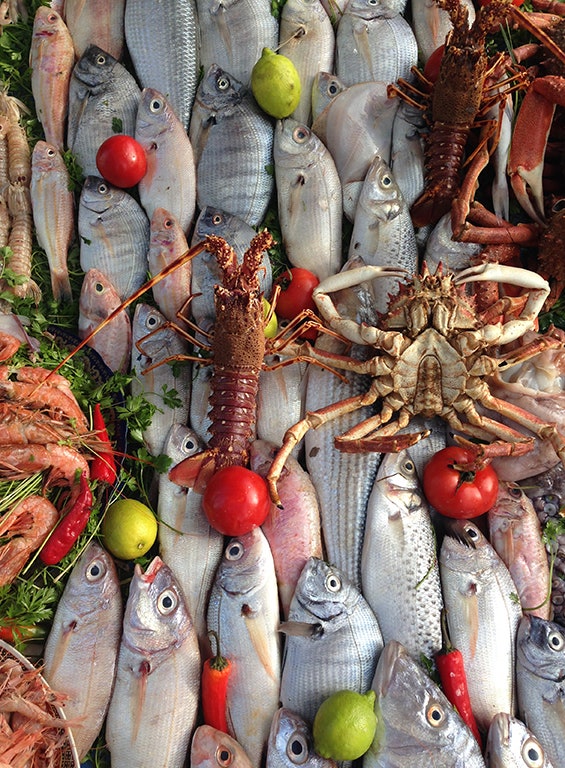 The fish market is in the heart of the medina. This small square dates from 1863. At that time, the souk hosted fabric merchants.

This fish market has small cafes under the arcades. They offer to cook, grill, or fry the fresh fish bought at the moment. 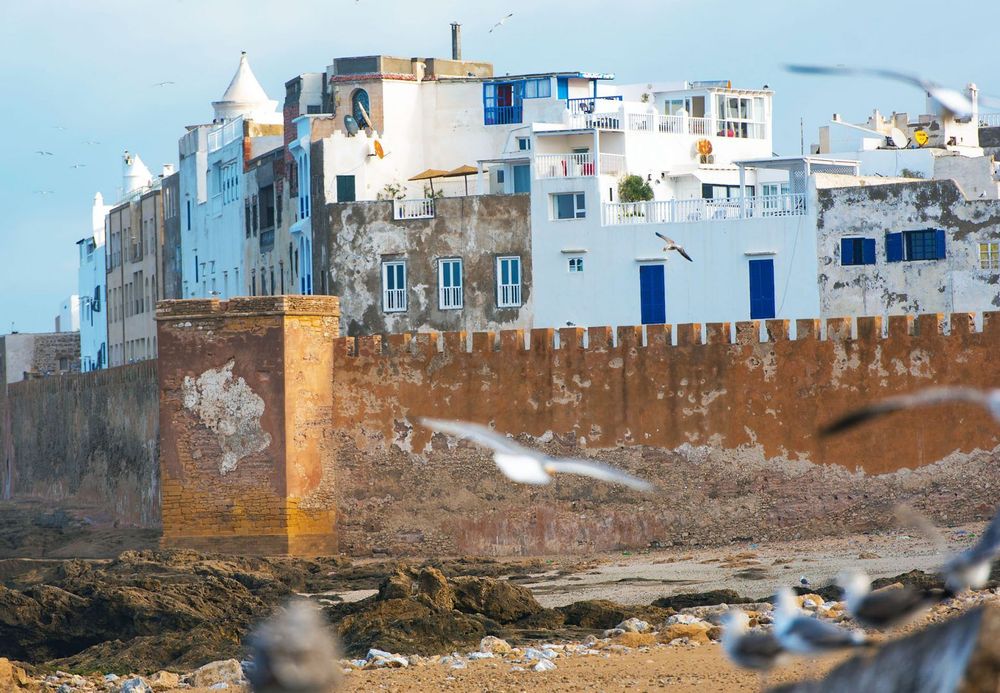 "In 1844, the French fleet bombarded and damaged the ramparts of Essaouira".

The ochre color of the ramparts of Essaouira gives this hot and photogenic city the air of a Breton city.

In the city, two styles of ramparts coexist. They represent Arabic and French influences:

The ramparts are more than 2km long. The batteries of the port and the Old Medina reinforced the Remparts to push naval attacks.

The southern bastion aimed to guard against a ground assault. The network of forts on the islets, the island of Mogador, and the beach of Diabat completed this defensive system.

7 Get In Local Shops And Galleries 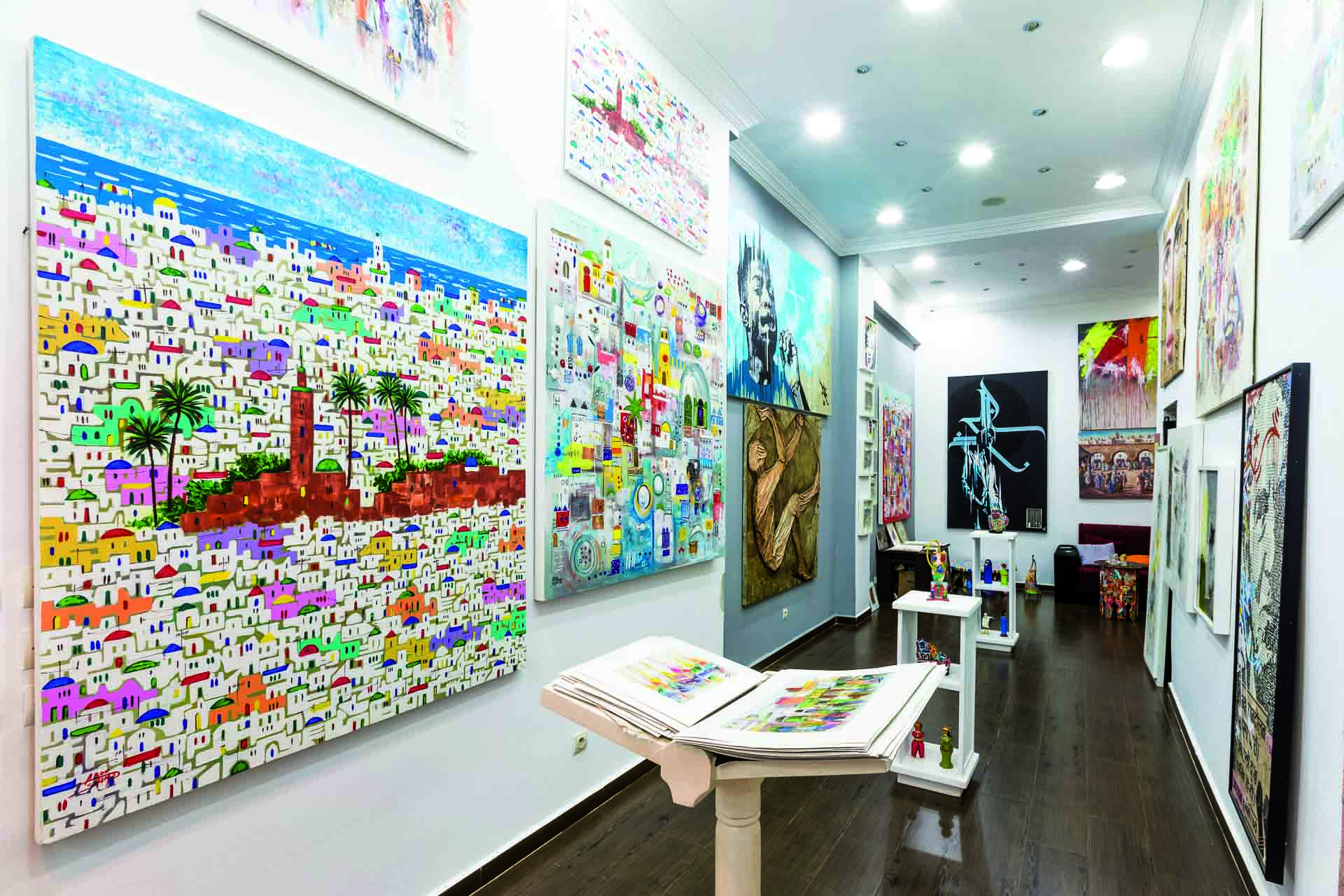 Scattered around the wide streets of blue and white, you will witness the souks of Essaouira.

The souks have a subtle mix of styles. You will see the traditional fabric maker next to the modern wave jewelry designer. And The showy carpet salesman neighbors the discreet painter seated in his gallery.

All kinds of traditional crafts are in the souk. The products are often cheaper and of better quality than in the big cities. And this is true for fabrics, woodwork, and even rugs.

8 Dig Into The Jewelers' Market 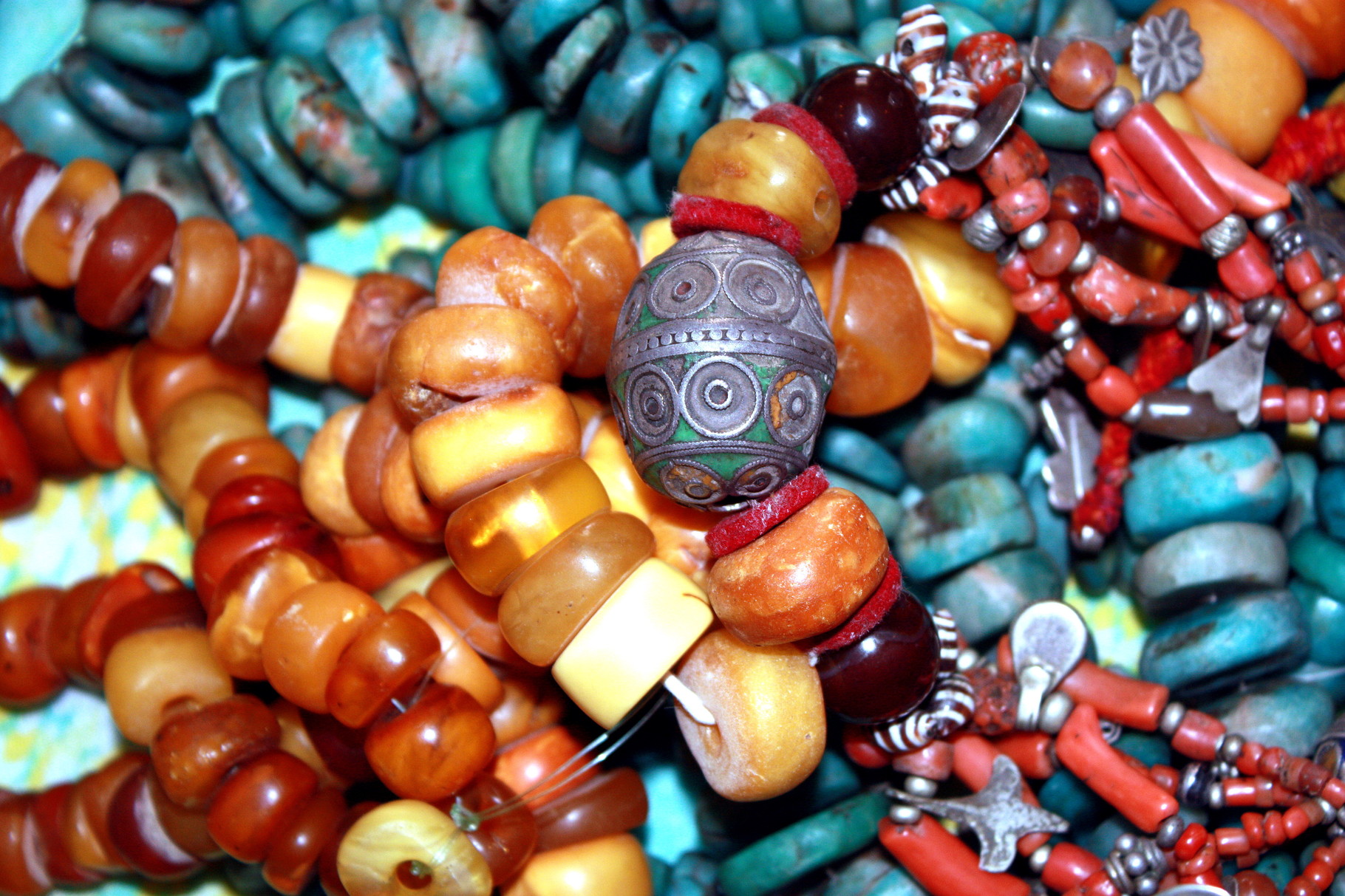 This market was once one of the most famous places for its jewelers, mainly Jewish.

The jewelers' souk still allows you to find pretty pieces at reasonable prices. By digging a little, authentic discoveries in old items are possible. 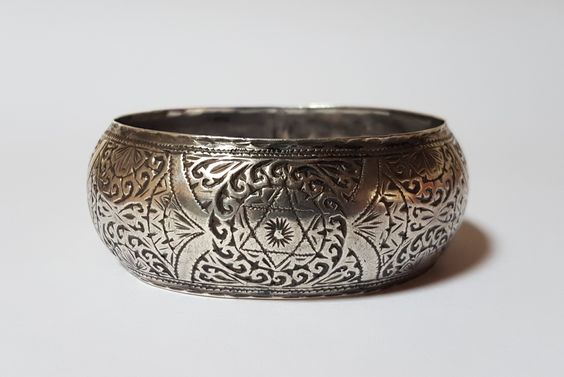 There are still a few admirable items in gold. But contemporary jewelers now only work with silver. 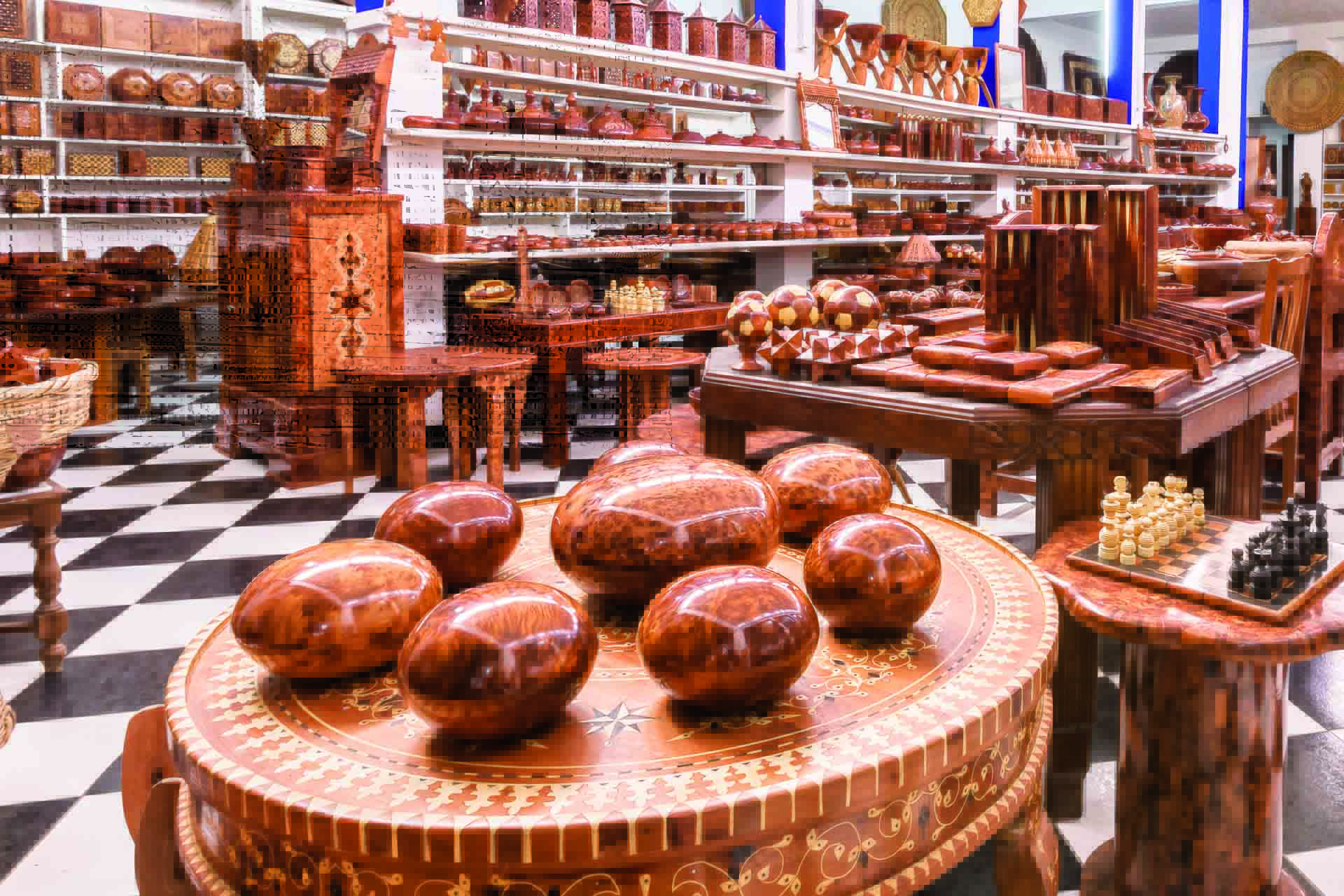 Essaouira is well known for its artisanal marquetry thuja wood. In Essaouira, you can find thuja wood in all its forms: trees, forests, tables, sculptures, etc.

Artisans use thuja wood to design decorative objects as well as utility items.

If you walk through the old medina of Essaouira, you will see all kinds of thuja objects for sale. And this goes from crafted lamps to salad spoons.

The high quality of the thuja wood, and the high skill of artisans, make thuja products unique.